Australia Cup : Bergers Through To Final 32 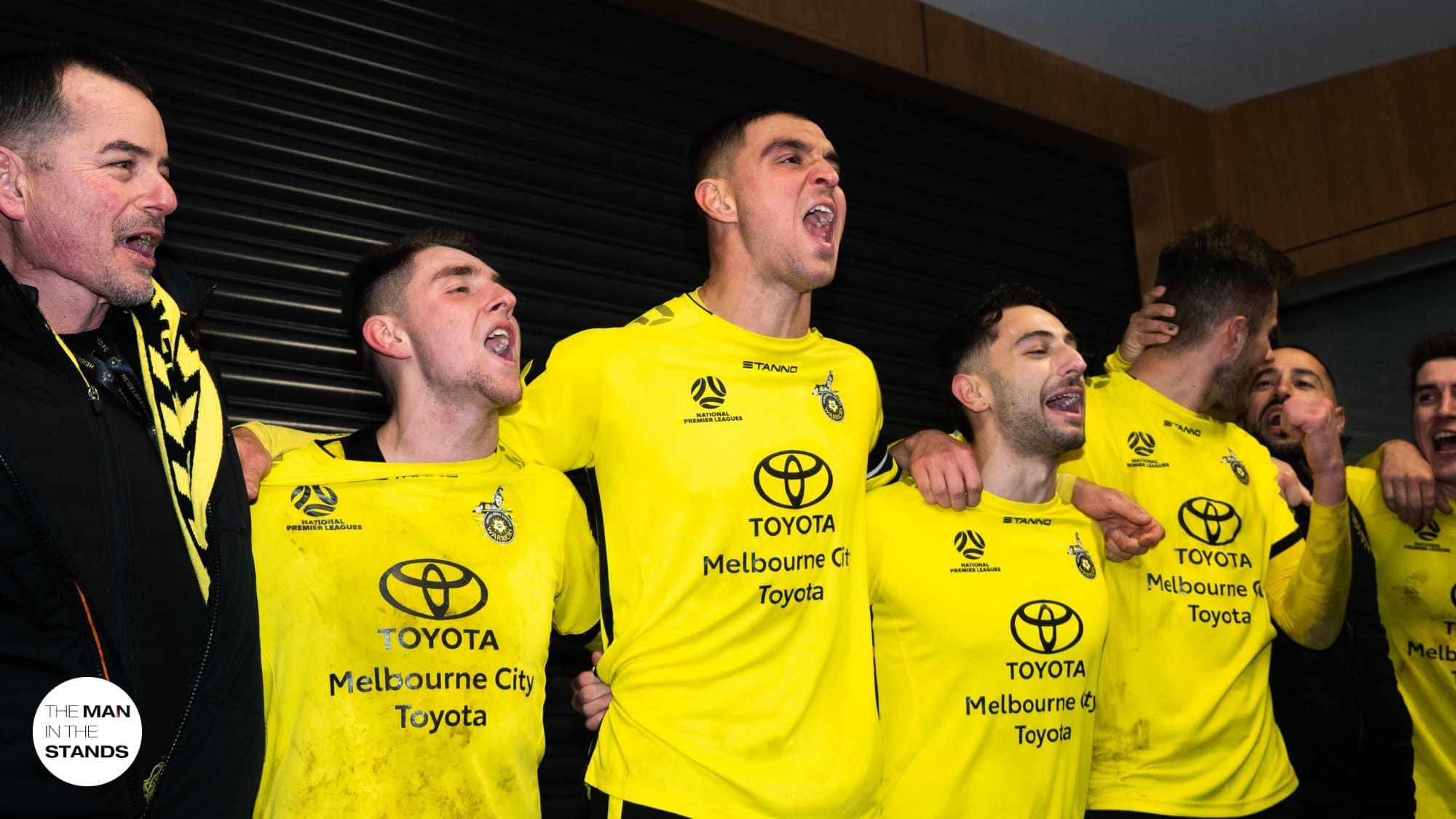 By John Fotinos : Photo by https://www.facebook.com/TheManintheStands

A blistering early second half period of dominance has seen Heidelberg United ease past Dandenong Thunder and into the main draw of 32 for the 2022 version of the Australia Cup.

The ‘Bergers were made to work for the victory by a determined Thunder outfit, but were largely in control of the match, particularly after a withering burst after half time during which both goals of the game were netted.

After weathering a strong home start on a heavy pitch in damp, cold conditions, Heidelberg wrested control of the match, and might have taken the lead twice through Sumnmerskill. The feisty Scouser forced a fingertip save with a rasping shot and then hit the post with a curling free kick.

With all the momentum going into the main break, Heidelberg United broke the Cup tie open in a frenzied five minute burst after the resumption. It was of course Kaine Sheppard that broke the deadlock, with an exquisite touch and shot on the turn, after a delightful chip pass from inspirational skipper Adrian Zahra.  Sheppard netted his 16th goal in 20 games in all competitions, underscoring the efforts to woo him back to the club in 2022.

Just five minutes into the second half, Brian Summerskill forced the ball home following a corner kick. The pugnacious midfielder is showing signs of adapting to the tempo and style of NPL football, and was rewarded for his efforts by doubling the lead for his team.

Whilst the Thunder eventually managed to edge their way back in terms of possession, the Heidelberg defence remained composed, and in truth, Brendan White was not greatly tested on the night in an assured performance. Another all round, mature performance, now twice having defeated a side on its own pitch within ten days.

With a spot in the Final 32 of the National draw tucked away, the Warriors turn their attention to locking horns with the second placed Cannons in a mouthwatering Queen’s Birthday Monday clash at Jack Edwards Reserve. Kick off is at 4:30pm on June 13, with the ‘Bergers needing a win to keep the top six place dream alive.