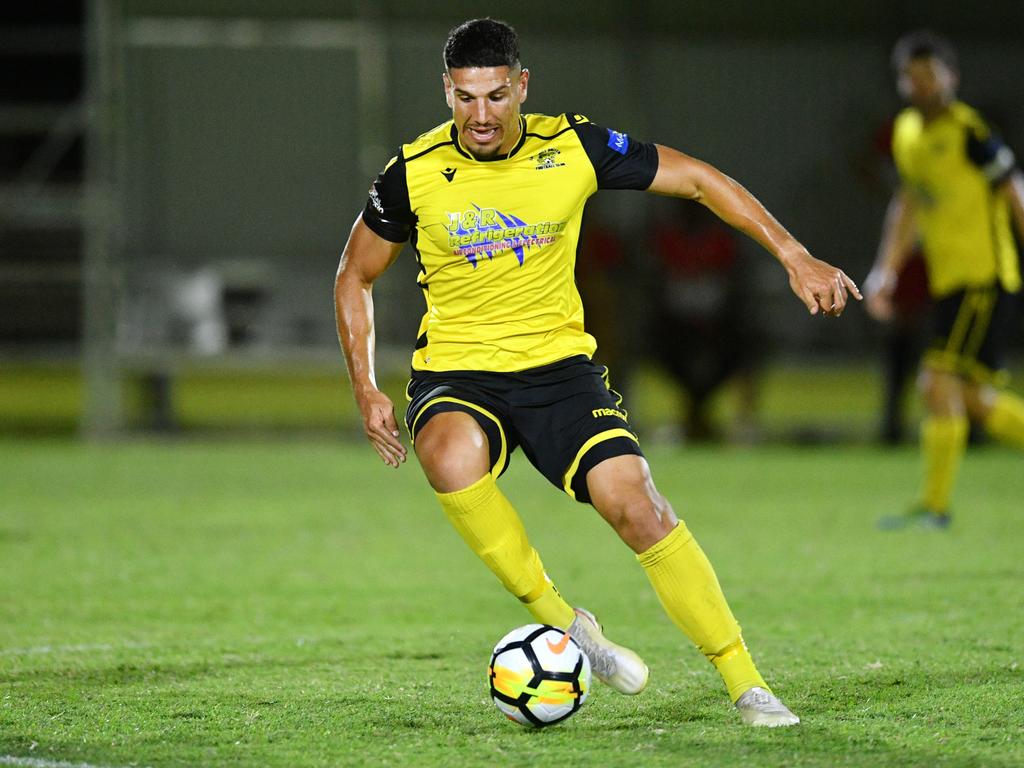 By Staff Writer   |   November 7, 2021
Comments Off on ‘Bergers complete signing of Joshua Pin

The 24-year-old comes with plenty of NPL Queensland experience to his name, as well as a stint in the UK.

He spent six years with Cairns FC, moved overseas to Oxford City FC between 2017-2019, before returning to the Sunshine State with Eastern Suburbs FC where he most recently played.

An attack-minded player, Pin will have no trouble fitting in to the Heidelberg setup, as he can slot nicely in the striker or winger positions. A prolific goal-scorer, Pin is a physically strong and direct player who can bring a different dimension to the front three.

A fantastic opportunity awaits for Pin, who gets his chance on the Victorian stage – a move that he has worked towards.

“It’s a great opportunity to head down to Melbourne, this has been a goal of mine to challenge myself,” he said.

“The Bergers are a fantastic club and I’m stoked to be able to work under George Katsakis as well.”

Pin gave credit to NPL Victoria and is eager to test himself in an evenly matched league.

“The biggest thing about the league itself is the professionalism,” he said.

“As a player, I’m quite young so the dream is still there to do great things in my career.

“Down in Melbourne, the majority of clubs show great professionalism towards their players and clubs, while it’s a tough league as well.

“Every game will be difficult which is the main thing and for me it’s a good platform to learn and excel as a player.”

In a message to the fans, Pin cannot wait to get started and enjoy the thrill of scoring goals at Catalina Street.

“I’m excited to play for Heidelberg – this is a massive club and I can’t wait to score heaps of goals and help the team have a massive season,” he said.

“The Bergers are known for winning trophies and being successful, so I’d love for us to do it again – hopefully with no Covid restrictions to worry about.”