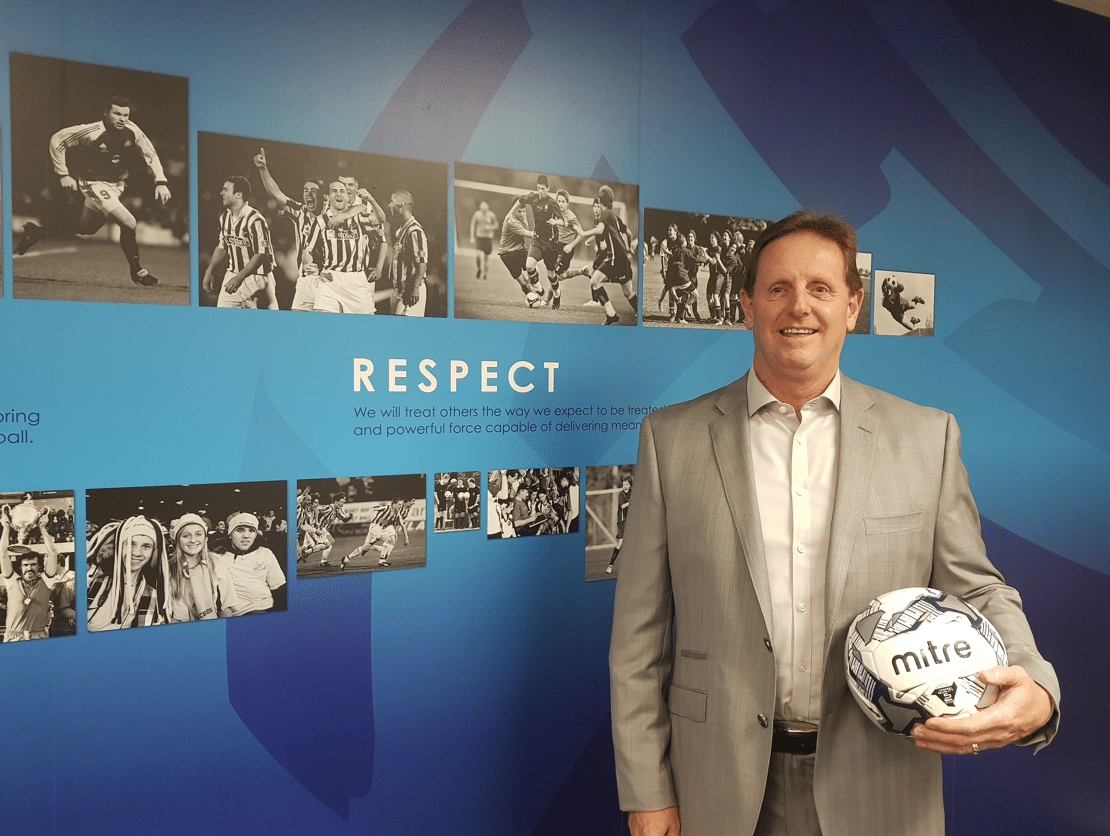 Heidelberg United is thrilled that club legend Gary Cole has been inducted into the Football Victoria (FV) Hall of Fame.

Cole is the first of three 2021 inductees, joining 23 outstanding members of Victorian football, with accompanying members to be announced in coming weeks.

The renowned Socceroo, NSL great and championship winning coach has had an immense impact on Australian football for over half a century – with a playing, coaching, mentoring and administrative career that has seen him occupy roles at all levels of the game.

Cole’s passion for football – where he drives it forward with a pure agenda of what is in the best interests of the game and those who play, coach, administer and support it – is second to none.

Arriving from England with his family in 1971, Cole began his playing career with South Yarra in the Metropolitan Fourth Division, playing alongside his father and gaining promotion to the Third Division in his first senior season as a 15-year-old.

He won the NSL Golden Boot in back-to-back seasons with Heidelberg United in 1980 and 1981, claiming the club’s only national league trophy with a hat-trick in the 1980 NSL Grand Final.

Cole’s domestic league exploits were equally matched by an impressive representative career. He made his debut for Victoria in a 2-3 loss as a substitute against Hungarian club Ferencvaros in 1974.

Over almost a decade, Cole was an ever-present for the Socceroos, making 40 appearances and scoring 21 goals for his adopted homeland, 19 of which were A internationals, including 17 goals.

He held the world record for goals scored in a World Cup qualifier when he nabbed 7 against Fiji in 1981 (later broken by both Archie Thompson (13) and David Zdrilic (8) in 2001 against American Samoa).

Upon retirement from his playing career, he progressed into coaching, firstly with the Australian Institute of Sport, where he played a role in nurturing Australia’s best young talent alongside Ron Smith.

Cole was contracted at Football Victoria from January 2018 to January 2019, firstly as Manager Strategy and Special Projects and then as Executive Manager Facilities and Advocacy.

He joined the Football Coaches Australia (FCA) Executive Committee in 2019 and has played an integral role in building FCA to what it is today with MOUs in place alongside Soccerscene, Football Australia (FA) and Professional Footballers Australia (PFA), as well as several international coaching associations. He is also the host of the FCA’s highly successful ‘Football Coaching Life’ podcast which gives unique insights in a one-on-one setting.

“Gary Cole’s ongoing dedication and commitment to our game over so many years is absolutely remarkable,” she said.

“Gary’s influence stretches across all facets of football. His natural ability as a player transferred seamlessly into his off-field roles, all of which he has delivered with a single-minded focus on making our game the best it can be.

“Victorian football owes a debt of gratitude to Gary for so many years of service, which shows no signs of slowing down! On behalf of our Victorian football community, congratulations Gary on this well-deserved accolade.”

Upon his Hall of Fame induction, Gary Cole said:

“I also want to thank Andy McCarthur and her team, as well as Tony Persoglia and Nick Hatzoglou, who all brought together my story in the digital form. Which is a new thing for Football Victoria and the Hall of Fame, meaning it will be around for a while.

“I also need to thank my three former Heidelberg, Victorian and Australian teammates Jimmy Rooney, Jimmy Campbell and Kenny Taylor that took the time to contribute. It was very mood, and I’m very proud to be included.”

Cole’s incredible football story is told in his own words, and those of his peers in the first episode of FV’s Hall of Fame Series.