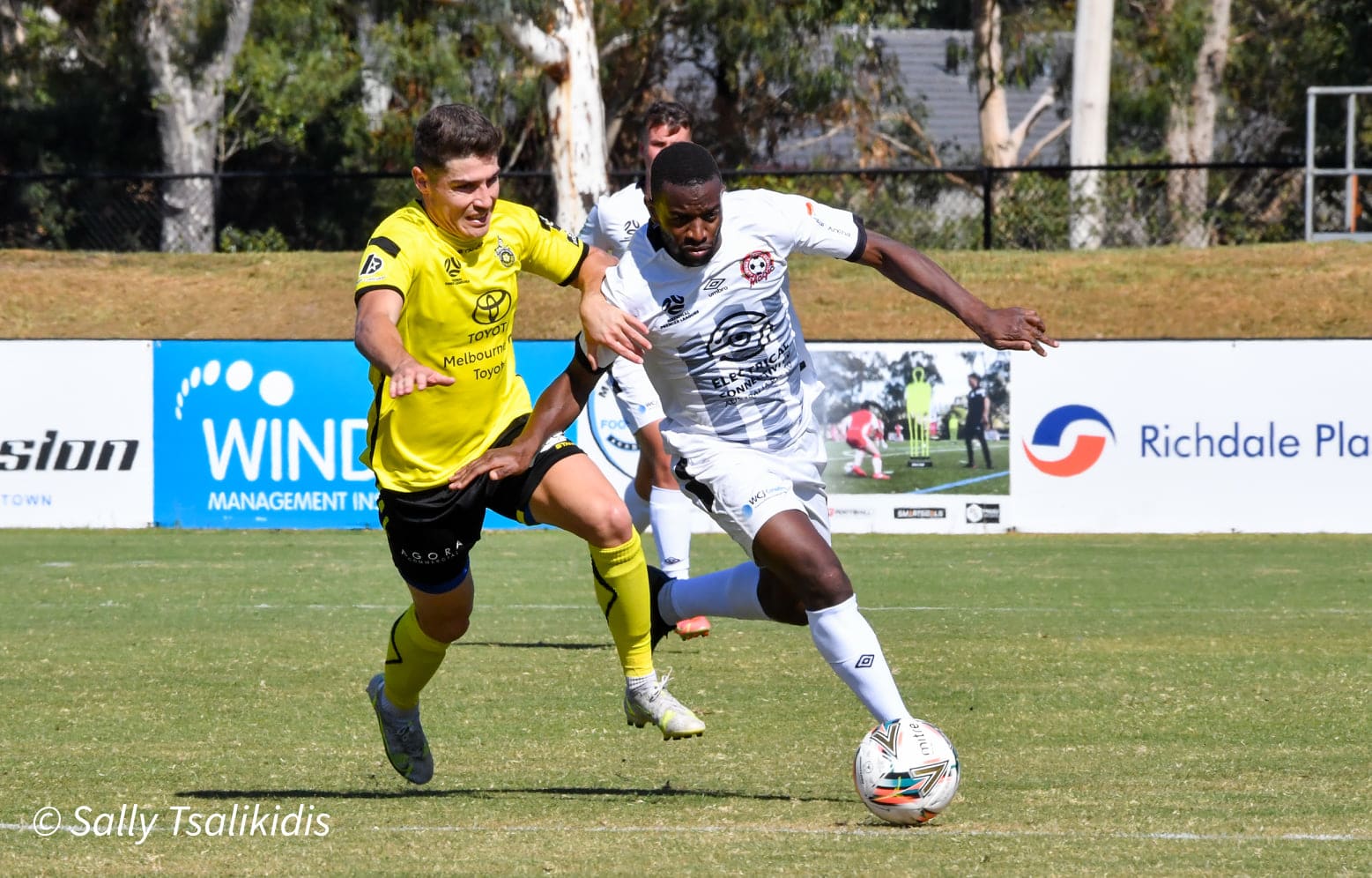 It’s a Saturday night clash that will tell a tale or two about whether Heidelberg United are the form team of the competition. What better way for these Road Warriors to stamp their credentials than to consolidate a top six spot against a determined Altona Magic outfit at Paisley Park.

The ‘Bergers were pushed to the brink last weekend, having to dig deep to finally overcome a dogged Melbourne Knights 3-2. In doing so, they edged into sixth spot, easily their highest spot on the table in 2022. The question is – can they maintain it in the run home towards finals football?

Altona went down 3-0 to second placed Oakleigh in a blow to its finals aspirations. As such, only a win in this match can give it some hope of even a slim chance of squeezing into the top six, even allowing for everything falling its way.

With the talismanic Sean Ellis finding fitness and form, and the Josh Pin – Kaine Sheppard collaboration looking more ominous with each game, suddenly the ‘Bergers look able to create scoring chances more readily. This is in contrast to the Round 6 match at the Olympic Village, won by Altona Magic by a 2-0 margin.

With a busy schedule of League and Cup fixtures ahead, George Katsakis will have his team prepared to extend its recent run of strong results. The Round 19 match kicks off at 6:00pm this Saturday (June 25) at Paisley Park, Altona North.