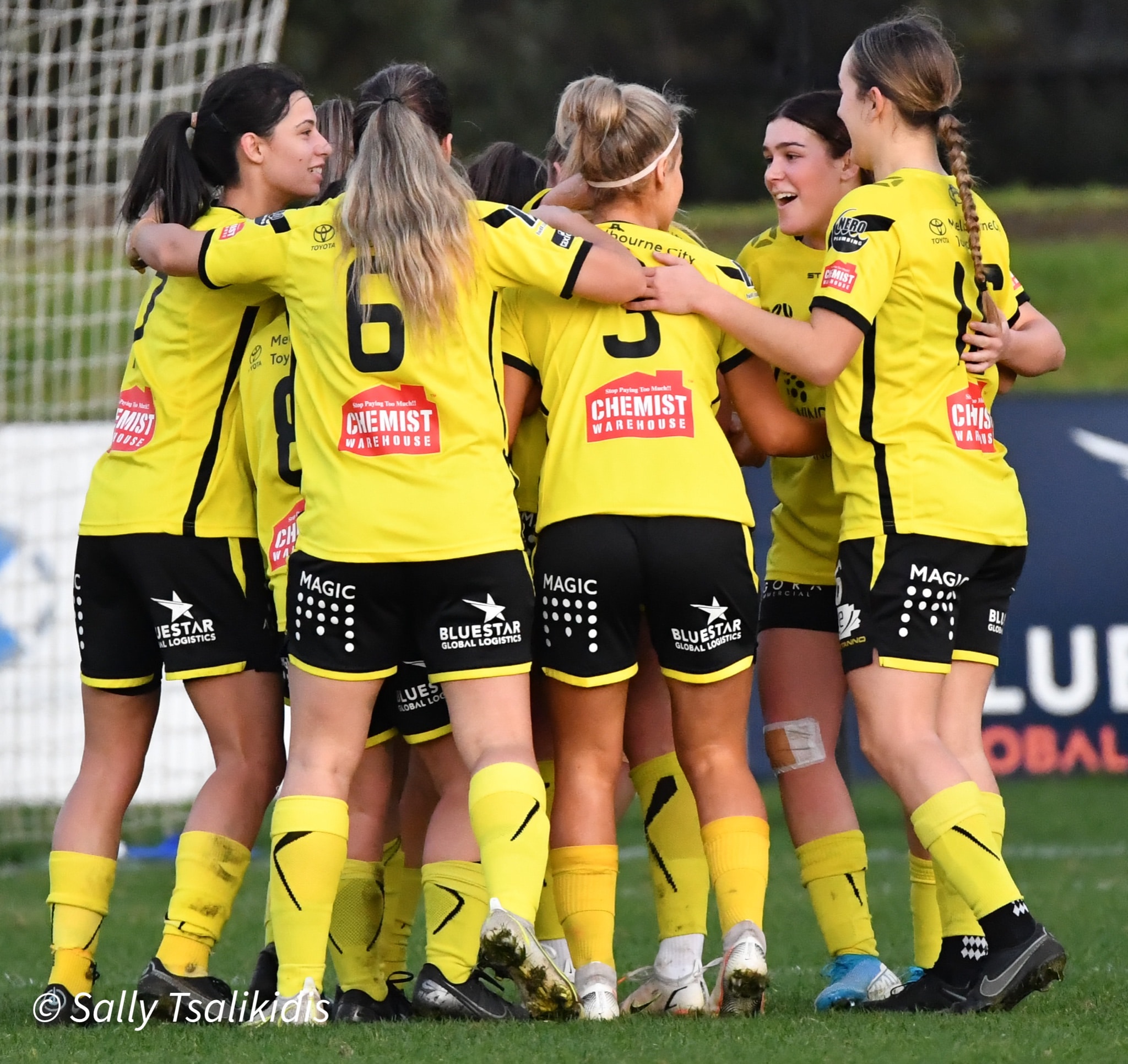 By Staff Writer   |   June 26, 2022
Comments Off on Comebacks a specialty for the Warrior women

The Heidelberg senior women’s have been the true entertainers this season. Keeping us on the edge of our seats more often than not, another classic comeback was completed in a Friday night showdown with Box Hill at Wembley Park.

Heading into the contest, it was another key test to sustain form in the league, particularly keeping in touching distance of table-topping Calder United.

No game is ever easy as we’ve seen this season, and any opposition are capable of making life difficult for the ‘Bergers.

The game was locked at 0-0 for half time, but it didn’t take long for the game to spring into life.

Madison Schaddee Van Dooren was able to breach the sturdy Warrior defence shortly after the restart, but it seems the one-goal handicap is what drives this Heidelberg outfit to succeed.

Who else but the skipper, and current golden boot winner Steph Galea, to find the equaliser with just a quarter of an hour to play – fuelling that hunger to try and win outright. Not long after, up stepped Kathryn Vlahopoulos to grab the lead with just 10 minutes remaining – due reward for the unsung hero this campaign.

In thrilling, but somewhat expected scenes, it was another comeback win to add to the collection, with more on the horizon we’re sure. You could even say more comebacks than John Farnham at this point.

A 1-2 victory in the end is just what’s needed to sustain the lofty top-two spot, putting pressure on Calder.