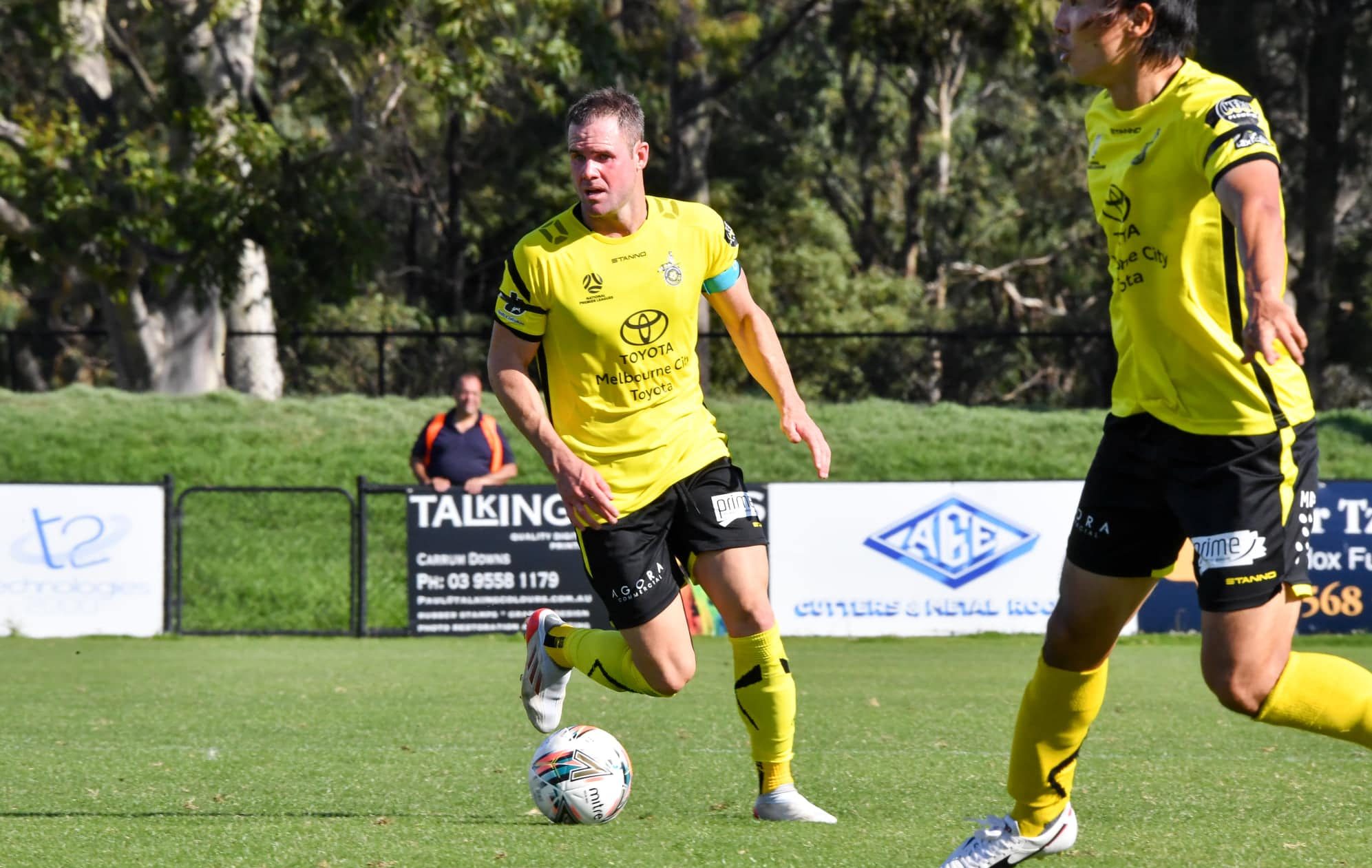 By Alex Bagdasarian   |   July 25, 2022
Comments Off on Exceptional Warriors victorious against Dandenong City

Heidelberg United played host to Dandenong City at Olympic Village with both teams having huge incentive to steal the three points from each other on a sunny Sunday afternoon.

The match started off in entertaining fashion with Luka Ninkovic having a chance on one end to take shot but delayed it, meanwhile on the other end Brendan White prevented a City goal with a brilliant save.

With the Warriors playing more freely against a Dandenong side that kept pushing back more into a defensive formation throughout the game, it allowed them to dominate in possession.

The ‘Bergers persistence paid off with a pinpoint cross that found Anthony Theodoropoulos who rifled the header to give his side the lead into the half-time break.

Theodoropoulos and Eoin Ashton linked up magnificently, with the latter finding Ninkovic to slot it away to double the lead.

The ever faithful Heidelberg supporters were eager to see their side perform well in their own backyard, as Ashton’s perfect cross found the target man in Kaine Sheppard for a thumping header to net the third of the afternoon.

Recent signing Makis Petratos also managed to get his name on the scoresheet with a comfortable finish past the keeper for his first goal, extending the Warriors lead and increasing the chants in the stands from the loyal fans.

Moments later the away side scored a consolation goal from long range with White at full stretch but unfortunate not to save it.

The champagne football of the ‘Bergers was on display yet again with Sheppard feeding a headed pass of to another new signing for his first goal for the club, Ioannis Georgopoulos, with a close range finish for an emphatic win.

This win was a huge morale booster for the Warriors as they climb back into the top six determined to play in the finals playoffs.

Next up for Heidelberg United is the highly anticipated Australia Cup Round 32 match against Brisbane Roar on Wednesday (July 27) at 7:30pm at Olympic Village.