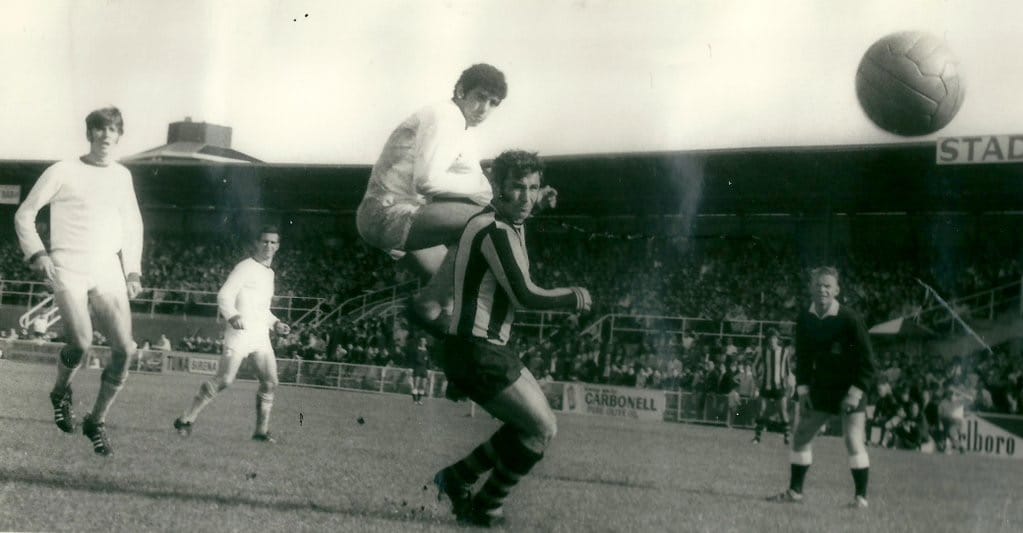 The phone call hit like a gut-punch. “Just rang to tell you that Kokki has passed away”. I needed to hear it again just to make sure I’d heard it at all. “Kokki died peacefully in his sleep”. After 72 eventful years, perhaps our game’s greatest maverick, Ulysses Kokkinos, is gone. And with him goes a massive part of growing up with the local game in the 1970’s.

‘Kokki’ was both revelation and rebel. Despite club-hopping for a decade, he represented both Victoria and the Socceroos. But he was equally at home posing for photo shoots reclining in king sized beds flanked by super models. For a time he was the biggest box office in local soccer. Eye-catching headlines in one of Melbourne’s Sunday newspapers of the day dubbed him “our own George Best”. And Kokkinos did his level best to live up to the hype.

On the park he carved defences in the air and on the ground, turning defenders inside and out and producing goals of breathtaking quality. Anyone who rode the old StKilda train past Middle Park on a Sunday afternoon knew when Kokkinos was on the ball. A guttural roar reverberated through the old wrought iron grandstand as Hellas fans rose expectedly from their seats every time ‘Kokki’ was on the ball.

Off the field Kokkinos’ cavalier lifestyle of excesses equaled if not out self-destructed Best’s. TV and newspapers loved him. Eskewing all best advice, ‘Kokki’ embraced disco nightlife, flared pants and long hair. Adding drinking, gambling and womanising to the repertoire along an  addictively eventful journey. As his playing prowess waned the trevails without football became an issue.

Through it all, however, the rebellious renegade and footballing colossus of his time was largely unrepentant, for the most part. In an interview in ‘The Guardian’ a few years back Kokkinos was asked if he might do things differently. “I really don’t know to tell you the truth”, was his response. “If given the same things it could be the same.Playing, eating, drinking, talking, f**king – with me everything extreme. God gave me a plate with everything in it – no regrets, take the good and bad.”

Despite playing just a handful of games in two stints with then Fitzroy United Alexander in 1974 and 1977, Kokkinos always kept the club very close to his heart and was a regular at Heidelberg functions and past player reunions. I loved his stories. And I loved that reckless gleam in his eyes as he re-told them many times over. The very same reckless gleam he sported half a century ago as he reigned as a footballing god.

Much of our game has passes into history poorly documented, if at all. Social media, cell phones and reality TV transform half-wits into, well, popular half-wits. Our game is full of myths, legends and half-truths, but, take it from someone who was there, Kokkinos was a giant of the game back in the day.

For children of the 1960’s and 70’s – like myself – Kokkinos will forever live on in our hearts in the pantheon of legends. My only regret is that the last time I saw him – maybe six or seven weeks ago – he invited me to visit his beachside home so we could sit on the beach and reminisce. I hadn’t yet taken up his offer when the phone call came.

Thanks for the cheeky grin and the memories. And if I sit silently I can still draw breath at the noise of thousands roaring “Kokki, Kokki, Kokki”.