Heidelberg United FC has signed Ivan and Joseph Franjic ahead of the 2022 NPL season. The experienced defensive pair join the club to bolster what is shaping up as a strong squad for the long-awaited return of football in Victoria, following two pandemic-interrupted seasons.

Ivan Franjic brings a wealth of top-flight and international flavour to the ‘Bergers, having stints in the A-League for Brisbane Roar (winning three Championships and two Premiership trophies), Perth Glory (one Premiership) and Melbourne City (FFA Cup winner). He also had a short spell at Macarthur FC as well as Torpedo Moscow in the Russian League. He was a member of the successful AFC Asian Cup 2015 Socceroos squad.

The stylish defender comes back to the NPL, having spent his early career at this level with both the Melbourne Knights and St Albans Saints. His experience and versatility will be a major asset to George Katsakis’ squad.

Joining brother Ivan at the ‘Bergers for the 2022 season is Joseph Franjic. The talented defender is also an experienced NPL campaigner who has plied his trade for the Melbourne Knights and Hume City in the Victorian top flight. He will add strength and reliability to the backline, which through the retirement of senior players over the last few seasons, has meant a change of personnel in the defensive structure at Catalina Street.

The entire Heidelberg United FC family welcomes the Franjic brothers to the club for 2022, in what’s anticipated will be a part of several further new signings over the coming weeks. 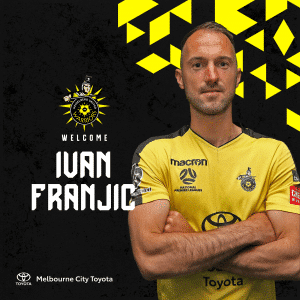 “I’ve spoken to Kats in the past and known him for a while,” he said.

“I’ve heard good things about him, and he’s had plenty of success with Heidelberg so that really intrigued me to come down.

I’m looking forward to a big year ahead with all the Bergers fans supporting us.” 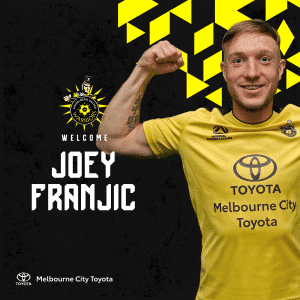 “The discussion with Kats about what he has planned for the year is really exciting,” he said.

“He really wants to win the league and is determined to do so – the club wants to win, and I’d love to be part of that.

Players play better when there’s fans that care about winning, and Heidelberg have a lot of them. It will be good to see them out in numbers supporting the boys.”