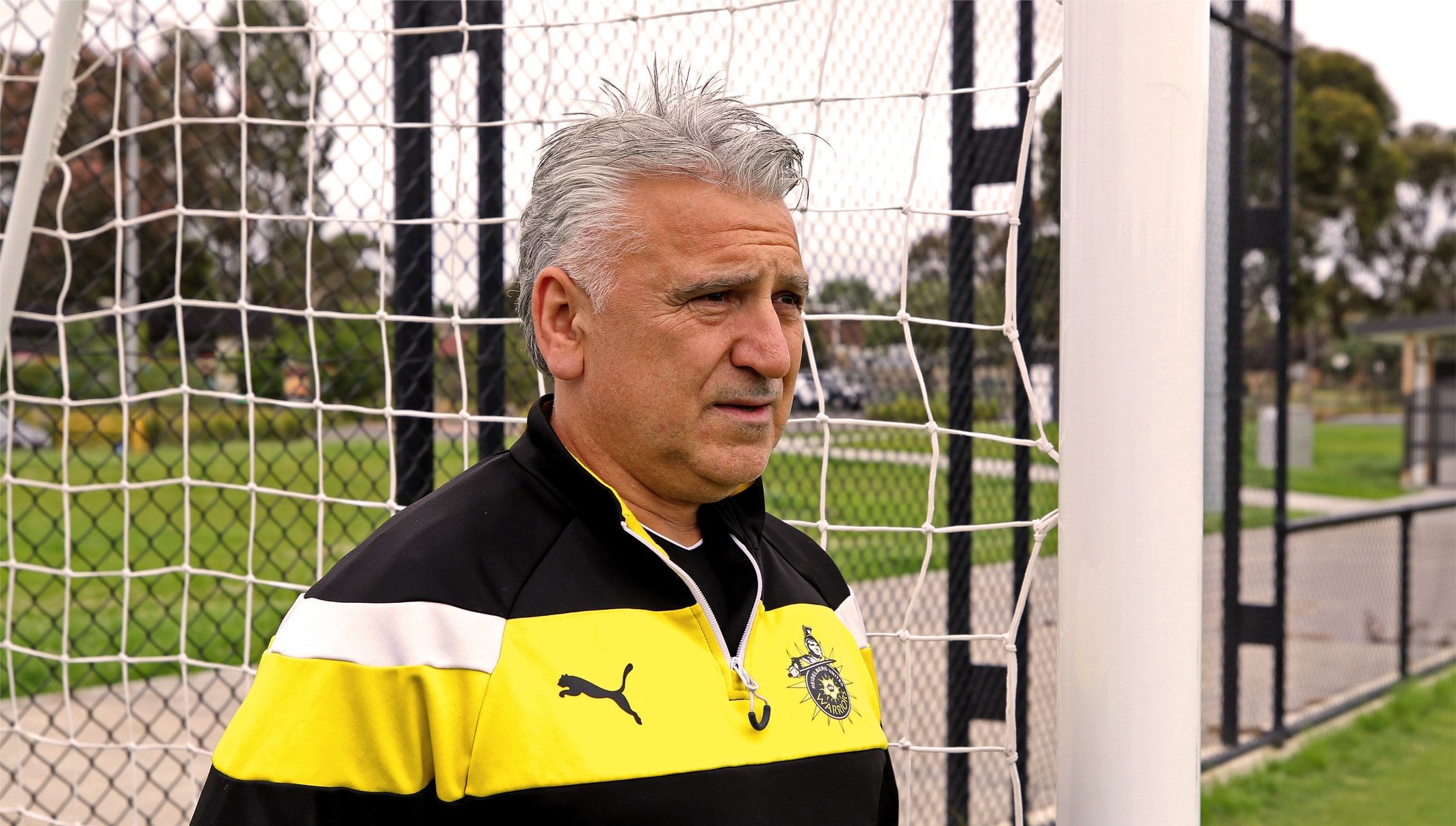 By Alex Bagdasarian   |   November 10, 2021
Comments Off on George Katsakis on re-signing and the ‘Bergers ambition

George Katsakis will take charge of the Heidelberg United Senior Men’s team next year for what will be a monumental 15 years at the helm at Catalina Street.

Katsakis has been a staple for the ‘Bergers in a decade of successive and memorable achievements – including the NPL Victoria Premiers Plate in three straight seasons from 2017-2019, a National NPL title in 2017, and a NPL Victoria Championship in 2018.

Katsakis has lived and breathed Heidelberg United nearly all his life. Having brought so much enjoyment and success to the devoted fans, we can now expect plenty of excitement still on the horizon.

“We want to be very competitive and be amongst the leaders of the league,” Katsakis said.

“Our aim is to be a club who is traditionally up the top and that is where we strive to be.”

Katsakis’ commitment to the club has been second to none, as he re-signed for the 2022 campaign.

His ambition as head coach has gone an extra direction, towards the Warrior’s push for their inclusion in a National Second Tier.

“I am very passionate for the club and my whole history revolves around Heidelberg United,” he said.

“Moving into a phase where the B-league might come into existence means that I would love to be the inaugural coach going into it.”

The ‘Bergers received a combined $7.5 million in funding during May 2021, which went towards facility upgrades at Olympic Park – particularly crucial for the possibility of promotion and relegation added to the Australian football landscape.

Support from local and state governments to develop greater infrastructure has an enormous impact for NPL clubs, creating a positive flow on effect to the entire community.

“The funding is huge for us. The upgrade was a much-needed project and of course it has an impact on the whole of the football world – not only in Victoria but also Australia wide,” he said.

“It just shows you why Heidelberg United – being a leader of the NPL Australia-wide – is receiving these funds. It is just keeping up with the times and making sure that everyone is getting behind it to showcase Olympic Park.”

While funding was a silver lining off the pitch, lockdowns from COVID-19 meant it was another difficult season for the ‘Bergers. A stop-start season halted momentum and eventually saw the premature end to the 2021 campaign – as was the case in 2020.

Part of the challenge was focusing on what the players had to do away from the club, so that they could sustain an adequate level of fitness that ensured they were ready to go.

“Every player had an individual program that they followed to remain in top shape,” Katsakis said.

“Similarly in the off-season, we are making sure that they come back in somewhat good condition, to be ready for a hard pre-season of training.”

The pre-season has naturally seen a reshuffle of player personnel, with arrivals and departures already confirmed.

For the playing group that is coming to fruition, the foundations of building great team culture can begin to be set.

“First and foremost, team bonding is going to be really important. Particularly with the new group, you need to make sure that you bring them together,” he said.

“Our conditioning coaches have set up a program for the players, so we will make sure that they going through their paces – all relative to being available on the last week of February to kick off the new season.”