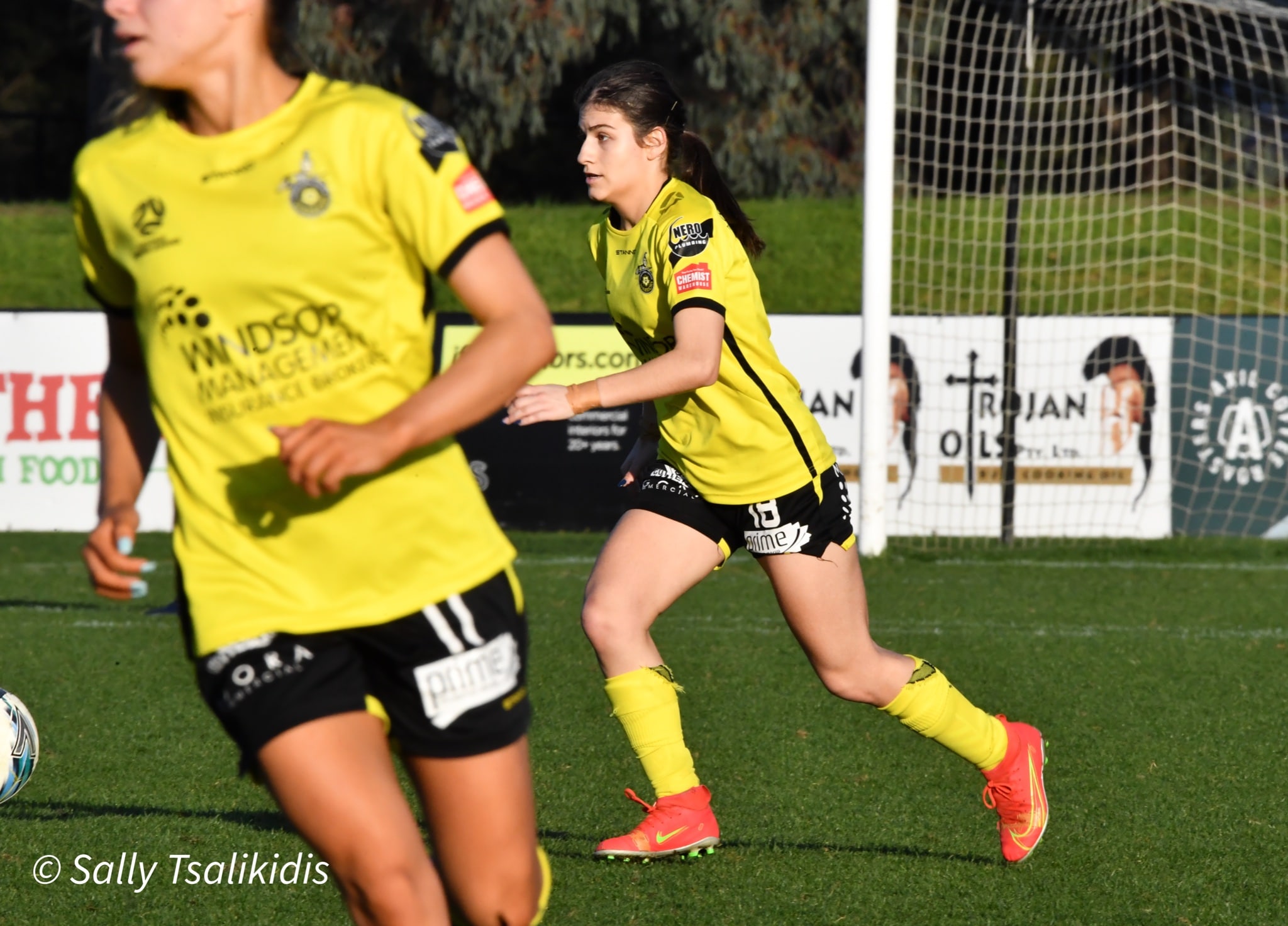 By Emma Burke   |   July 5, 2022
Comments Off on Heidelberg consolidate second league spot ahead of South in the Cup

Goals came from star striker Danielle Wise and Captain Stephanie Galea who are ranked first and second respectively for the race for the golden boot.

The first half saw the Bergers defence repeatedly attacked by Bulleen, but United were lucky to see Bulleen seemingly leave their shooting boots in the change rooms as multiple clear attempts were sent soaring over the crossbar or skimming across the face of goal.

Danielle Wise’s goal came just before the half-time break, when Bulleen’s keeper made the mistake of trying to dribble around the striker, giving her the perfect opportunity to pick the keeper’s pocket and slot the ball home in her typical fashion that we’ve seen multiple times over the season.

There was, however, still enough time left before the break for Heidelberg defender Isabella Wallhead to go on a streaking run down the middle of the park and almost score her first goal for the Bergers, but unfortunately her final touch was a touch too heavy, and the shot was collected by the visiting keeper.

The second half was an incredibly physical game, which once again left spectators on the edge of their seats.

In their typical fashion the Heidelberg women waited until late in the final stanza to score the much needed second goal of the game and secure the win.

Keely Lockhart launched an incredible shot on goal from outside the box and was unlucky to rattle the woodwork, but thankfully skipper Stephanie Galea was there to collect the rebound and put the ball into the back of the net on her second shot after the keeper blocked the first.

Following this important win that sees Heidelberg now eight points clear of Bulleen, all eyes are turning to the Semi-Final of the Nike F.C. Cup, where Heidelberg will face old rivals South Melbourne FC.

The game kicks off at 7:30pm at Jack Edwards Reserve in Oakleigh on Tuesday, July 5. Both teams have everything to play for, however the Bergers are yet to lose to South Melbourne this year.

Considering the theatrics of the other Nike Cup games Heidelberg have played, this game is absolutely one that you do not want to miss out on.