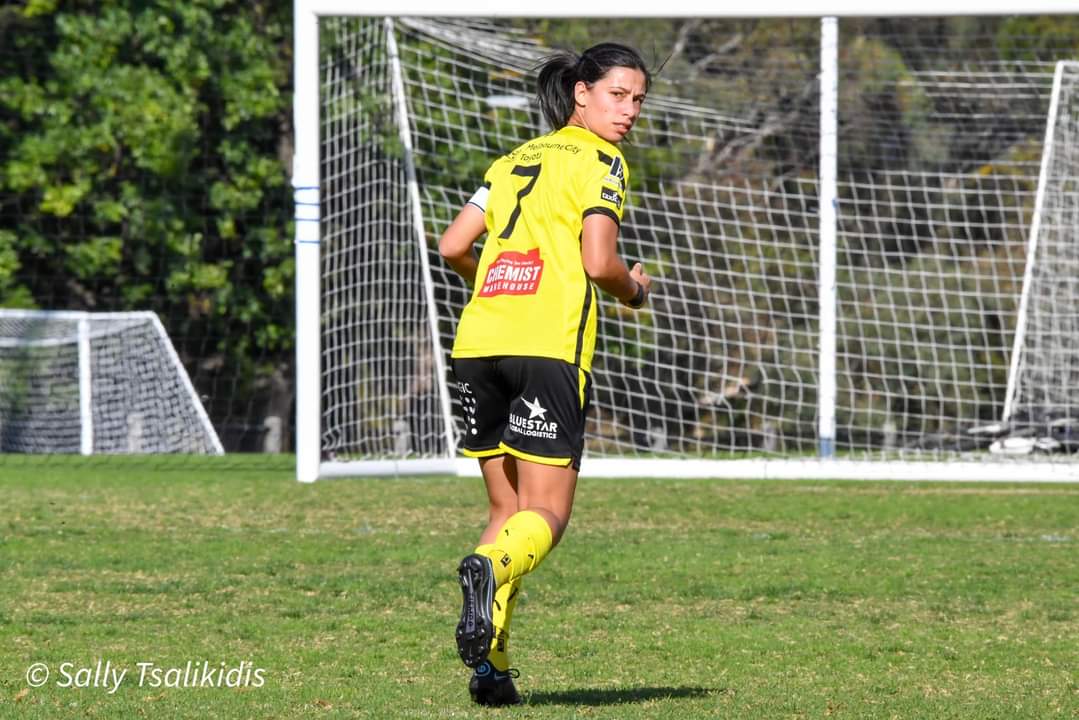 Heidelberg United face off against second placed Calder United in a huge clash that may be the decider in the race to win the Women’s National Premier League.

Both teams are coming into round 18 off the back of a 3-0 win against FV Emerging and Bulleen Lions respectively.

Calder United are the reigning champions of the NPLW, winning the championship back in 2019, before the following two seasons of NPLW football was cancelled due to the pandemic.

Heidelberg and Calder have faced each other twice this season so far. They met for the first time in round four, where the Bergers travelled to Keilor and took the three points home in a 2-1 win. The game was not without controversy, with Grace Jale picking up a red card in the 78th minute following two yellows and another three yellow cards were awarded to the Bergers. Good thing yellow is our colour.

The second meeting was a tense and at times feisty contest in round 11. Heidelberg hosted Calder at Olympic Park and unfortunately came away second best, losing 1-0. An early goal from Calder proved to be the winner of the afternoon as the Bergers were unable to find an equaliser.

A win for the Bergers will see them move four points clear of the reigning champions, putting Calder in a very difficult position to return to the top of the ladder.

As the season draws to a close, and so few points remain up for grabs, every single one counts and there is no doubt that Heidelberg will be putting on an incredible showing. Kick-off is slated for 3pm on Saturday July 30, with the match being held at the Veneto Club. Not too far from our home, all Heidelberg supporters are encouraged to come down – this game is going to be a big one.