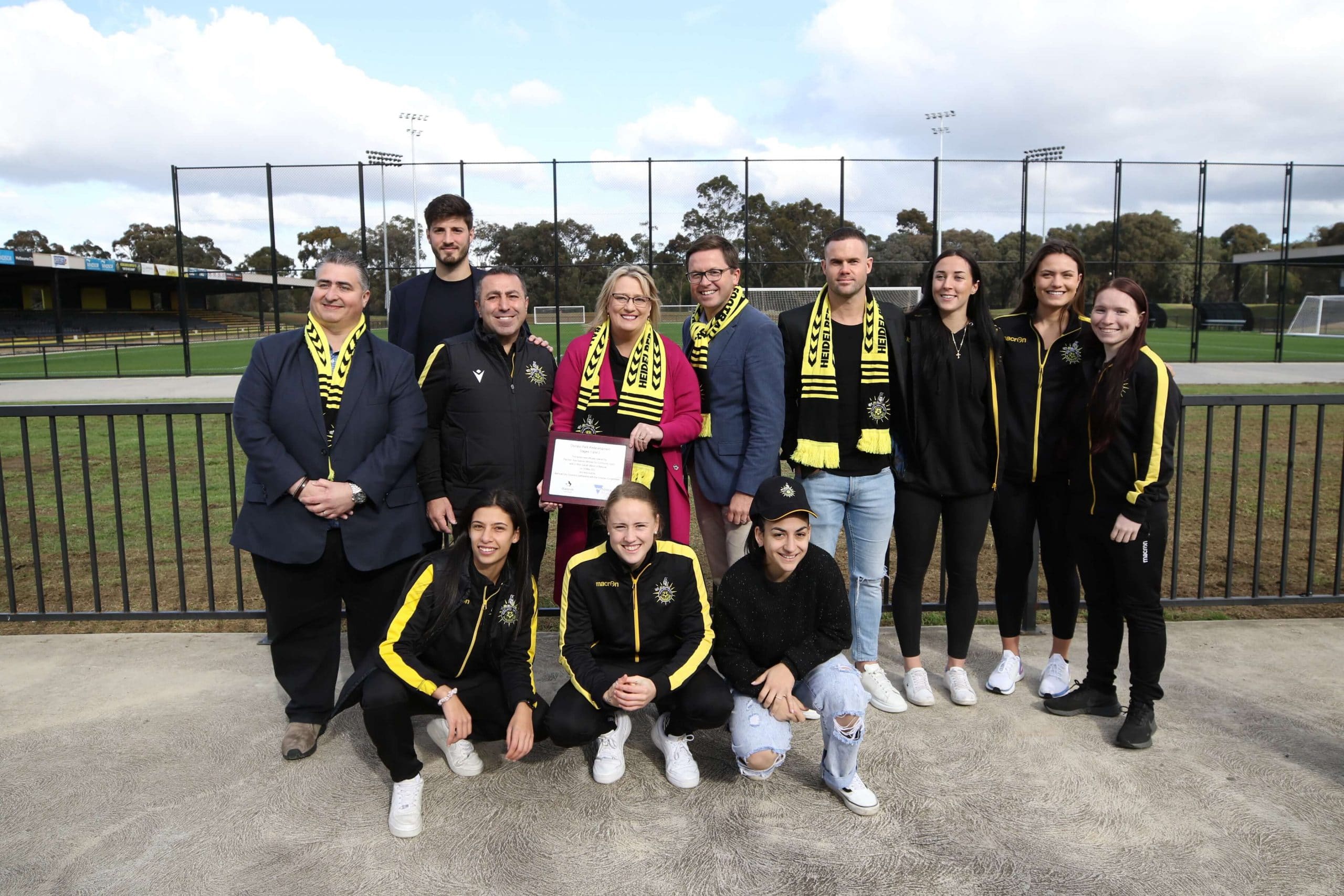 By Staff Writer   |   May 15, 2021
Comments Off on Heidelberg United takes next step in Olympic Village redevelopment

Heidelberg United will begin stages 3 and 4 of redevelopment at Olympic Village, after securing $4.5 million and $3 million from the Labor Government and Banyule City Council respectively – in an announcement on Friday, April 14, 2021.

A park built for Melbourne’s 1956 Olympics will become a sports hub to serve its community through to 2056 – one of dozens of projects supported in a major local sports infrastructure drive from the Andrews Labor Government.

Minister for Community Sport Ros Spence today confirmed Olympic  Park in Heidelberg had received $4.5 million to continue works to transform the park into a multi-faceted sport and recreation precinct.

The $110 million second round of the Labor Government’s Community Sports Infrastructure Stimulus Program has backed 42 projects across the state, which are expected to create 600 local jobs.

Funding includes $3.9 million to fast-track the Women and Girls Sport and Wellness Centre at the Thornbury home of the Fitzroy Stars, and $2.55 million for a new multisport precinct at Gordon Street Recreation Reserve in Ararat.

There is $5 million to build three multipurpose courts at Craigieburn Sports Stadium, more than $1.6 million towards six individual lighting projects across the City of Monash, and $2.1 million for the Horsham Regional Water Play Park – the first nature and water play park to be built in the Wimmera-Southern Mallee.

Olympic Park was built to house athletes competing at the Melbourne Olympic Games and its cinder running track was used as the official athletics warm-up venue for the Games.

The venue is now the home of Heidelberg United FC, with the Labor Government previously providing $3.5 million to upgrade the main pitch and lighting, install a MiniRoos pitch and establish a 1956 Olympics memorial garden.

The new funding will reconstruct ovals for football and cricket, upgrade the existing pavilion and refurbish the Barrbunin Beek Gathering Place, among other works. The project is expected to create dozens of full-time jobs during planning, design and construction.

The new projects follows an allocation of $10 million to deliver the second stage of the Mildura South Regional Sporting Precinct – including squash courts, a second oval, car park and administration space.

The $178 million Community Sports Infrastructure Stimulus Program has backed 70 projects worth $335 million, creating more than 800 jobs. It is part of the Labor Government’s $1.05 billion investment in community sport and recreation infrastructure since 2014. To see details of successful projects, go to sport.vic.gov.au.

”These important projects will deliver local jobs in the short term and top-notch facilities for passionate sportspeople for decades to come.”

“It’s vital that clubs can provide modern facilities for existing and prospective members – whether they are players, coaches, administrators or supporters.”

“Olympic Park is a place where the community comes together – it’s fantastic that people in Heidelberg and surrounding suburbs will be able to enjoy sports facilities and a meeting place of such a high standard.”

“A key feature  of  Heidelberg United’s success on and off  the  pitch has been the  game-changing upgrades here at Olympic Park, and we thank the Victorian Government for their part in making the facilities even better.”

“I cannot thank the Labor Government enough from the bottom of my heart, on behalf of every single person involved with this club.
“In these times where we’ve had a pandemic and a situation where the health and wellbeing of our community is at stake, the investments you make have a massive difference to the psyche of people.
“I can honestly tell you that this is going to go a long way in helping this community, one where I grew up in.
“Thank you to the Banyule City Council for supporting us and having the faith to invest in this area because it really needs it and I’m sure you’ll all be very proud once it’s finished.
“To the amazing team you’ve got behind you and the council officers, I thank every one of you.”