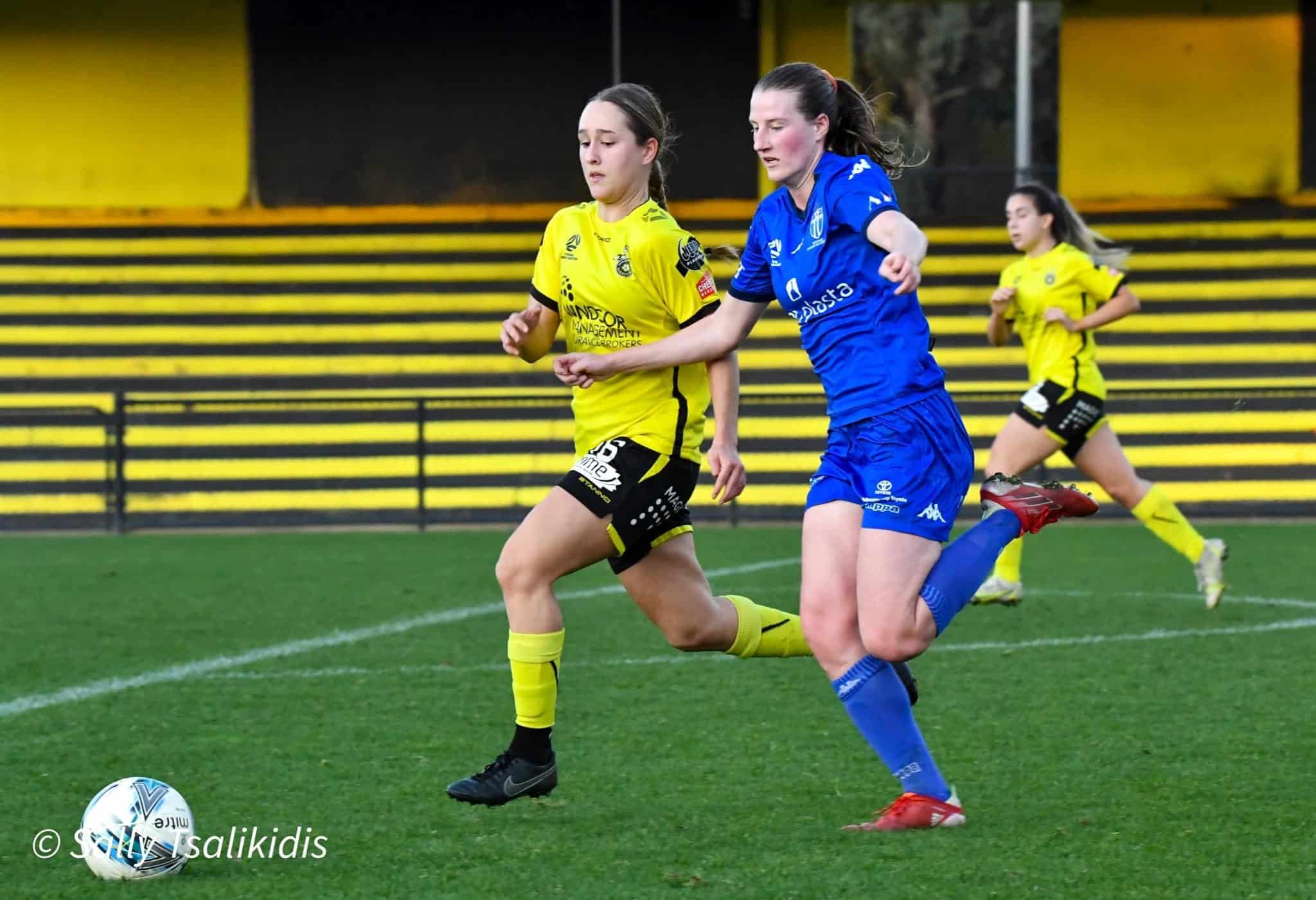 Heidelberg have been knocked out of the Nike F.C. Cup in the Semi-finals against old rivals South Melbourne FC in a 3-2 loss on Tuesday night.

The game was a tight contest from the first whistle, but the Bergers looked to be in control, scoring their first goal for the night after only 25 minutes of play.

As she is known to do, Danielle Wise’s consistent pressure caused a turnover right in front of goal, giving striker Keely Lockhart the opportunity to loft the ball over South’s keeper.

The second goal allowed Lockhart to claim her brace for the night, with a long-range effort set up through midfielder Emily Roach, who made her return to the starting XI after a period of injury.

The shot was driven low past the diving keeper before hitting the post and rebounding into the goal, shocking fans, and Lockhart herself when it went in.

Despite it looking like the Bergers were going to close out the first half with a clean sheet intact, South Melbourne, in the final play of the half scored from a ball in that looked to be a cross but somehow snuck its way into the back of the net.

The second half opened with the Bergers on the backfoot, conceding in the first minute of play. An uncharacteristic mix-up in defence left South Melbourne with players wide open in the box and the Bergers unable to stop the incoming shot despite Keeper Melissa Maizels’ best efforts.

With the game all tied up at two apiece, the contest evolved into a desperate affair from both teams to find the winning goal.

Chances came from both teams and the Bergers were unlucky to capitalise on the opportunities they created.

Unfortunately, the goal that eventually came was not the one we anticipated. South Melbourne near the end of regular time, were able to find the game winner.

The initial ball came through as a cross that Keeper Melissa Maizels was unable to hold onto and then wasn’t cleared in time. The rebound straight into a South Striker who was able to put the ball away.

Heidelberg pushed for an equaliser in the remainder of regulation time, however they could not find an equaliser, seeing South Melbourne FC head through to the Nike FC Cup final, and Heidelberg’s run end.

Although the Bergers were unable to reach the final, they did achieve their best results since winning back in 2016.

Focus for the Senior Women’s team turns to the regular NPLW season, where they are currently placed second on the ladder.

Round 15 sees Heidelberg start a string of home matches, when they host Bayside United on Saturday July 9 at 3pm.