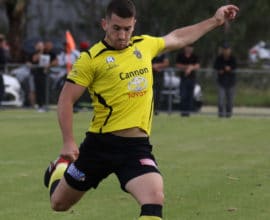 Josh Right Back Home at the ‘Bergers

Heidelberg United is delighted to announce the re-signing of defender Josh Wilkins for the 2020 NPL season. The 26 year 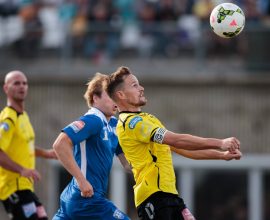 Byles Bows Out a ‘Bergers Legend

Heidelberg United’s most successful skipper has called time on his 10 year career at the club. The stylish defender has 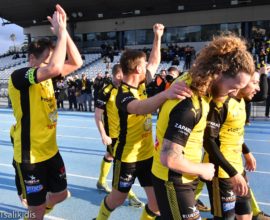 ONCE IN A WARRIOR LIFETIME

Simply, the day had to come. And as the echoes of adulation and applause die away, we know that Heidelberg 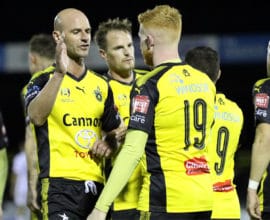 Heidelberg’s ‘Twin Towers’ are no more. Steven Pace – one half of the legendary defensive pairing of he and Luke 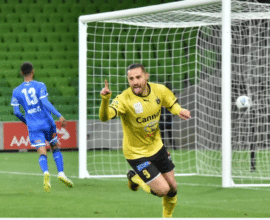 I reckon it took me a while to really ‘get’ Adrian Zahra’s greatness. The Warriors have boasted an astonishing array 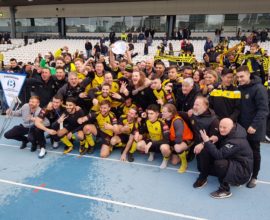 WARRIORS ARE GOOD AS GOLD

In late 1994, or perhaps ’95, I received an unexpected call from Terry Jones, the-then secretary of the Victorian Soccer 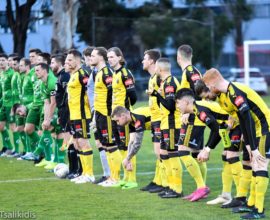 WARRIOR PRIDE ON THE LINE

What a surreal way for Heidelberg United’s 2019 Premier League campaign to end. Far from home and against a team 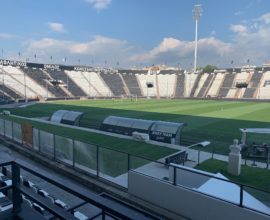 Where the heart of Greeks beats with a ‘black and white’ rhythm in Melbourne; the PAOK Academy will be there! 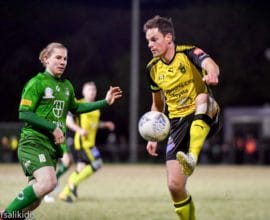 LEADER OF THE PACK

The dictionary defines superlative as “of the highest kind, quality, or order, surpassing all else or others. Supreme.” It might

After a thrilling climax to the home-and-away season, Heidelberg United has created a piece of history by finishing top of 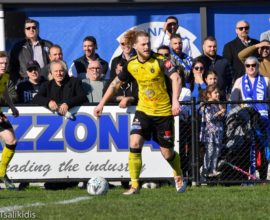 A DERBY WITH SOME EXTRA SPICE

Two storied clubs of high pedigree and proud histories. A traditional rivalry that spans six decades – first in the 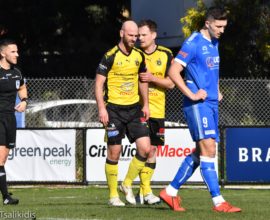 One hand on the trophy

Imagine bustling into work on a Monday morning to celebrate a massive Lotto syndicate windfall with colleagues, only to learn

It doesn’t get any bigger than this in the context of the 2019 NPL Victoria season title fight. First versus 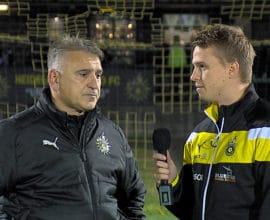 Simple Equation to Top it Off For Now