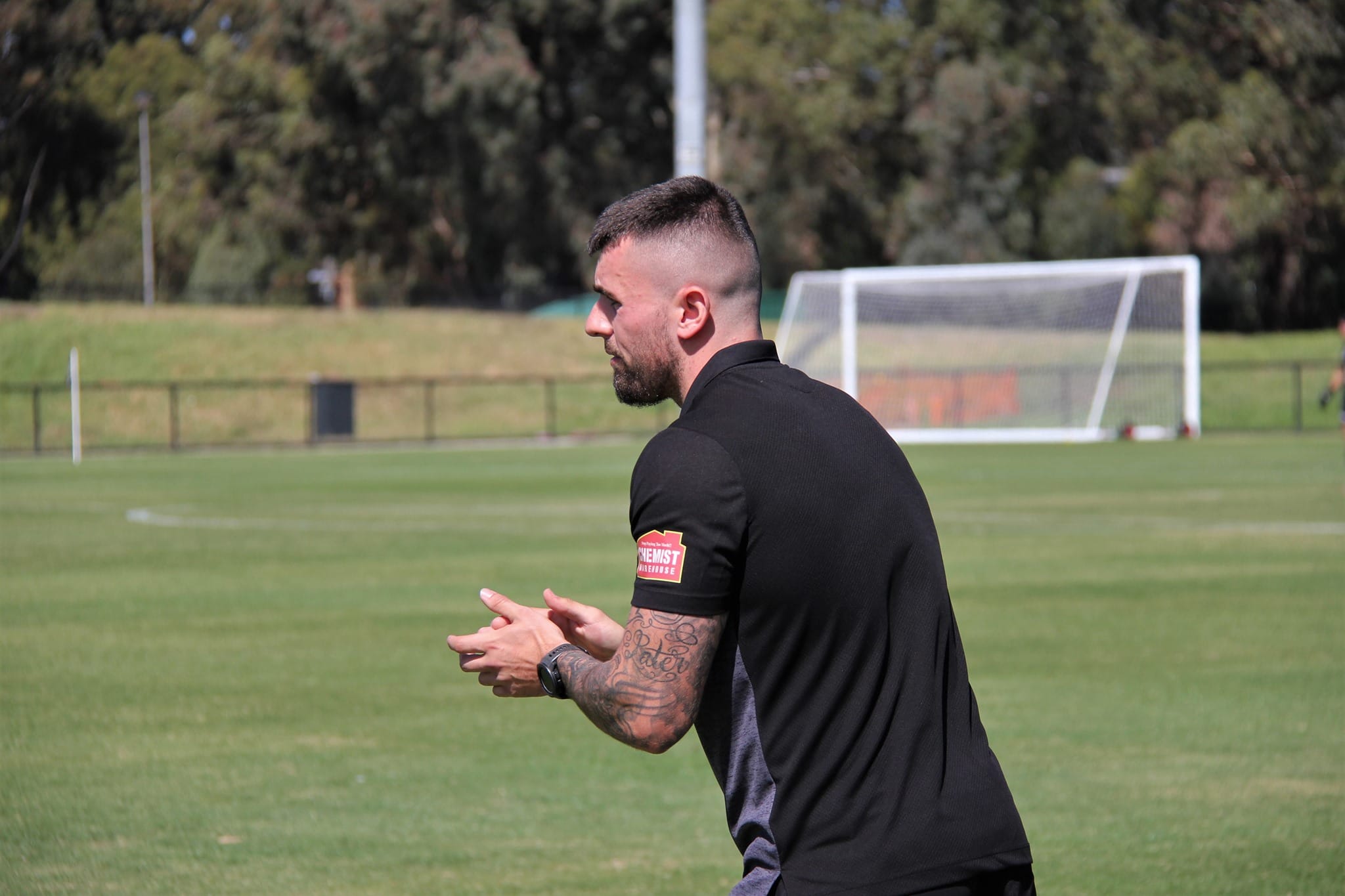 Heidelberg United versus South Melbourne always conjures up images of a seemingly gladiatorial battle no matter who is involved or where and when the match is played. The rivalry spans several decades, and it’s great to have bragging rights over the arch-nemesis.

On Saturday at the Olympic Village, spectators were treated to another spectacular game between the two sides, with South Melbourne proving too good for the young ‘Bergers outfit. The 4-2 win lifts the team from Lakeside back up into top spot, with Johno Clemente’s team slipping to sixth spot after another loss to a top contender.

South’s skipper gave her side an early first half lead, before two goals in five minutes by Ayres shortly after the half hour mark seemingly gave the visitors an unassailable lead. However, not for the first time this season, the ‘Bergers launched a spirited fightback, desperate to get back into the game against a more fancied opponent – with Bakopoulos netting before half-time to reduce the deficit.

With the stakes raised in the second half, it was Danielle Wise who grabbed a second ‘Berger goal (and her ninth for the season) 15 minutes before the end to spark real hopes of salvaging a result. However, it was Sakalis who sealed the match for the visitors after a pulsating derby.

The ‘Bergers travel to David Barro Stadium this Sunday (May 23) to take on rival NPL-W club Bulleen Lions – kick-off is scheduled at 7:30pm.