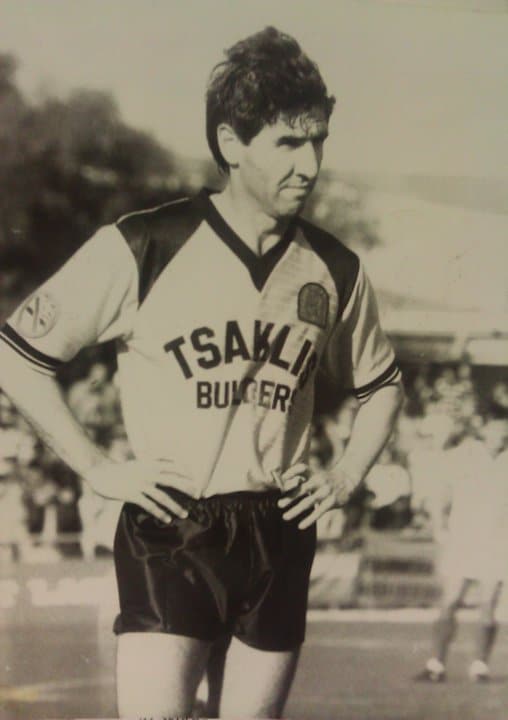 Dinos joined the club in 1989 for a four game guest appearance. He scored is first and only goal for the club against St George in Round 2o of the NSL

Dinos Kouis (Greek: Ντίνος Κούης) was a Greek footballer who some say, was the best player ever to wear the jersey of Aris Thessaloniki. Kouis at age 10 moved with his family to Thessaloniki. he started in football playing for Agrotikos Asteras in 1970, where he remained until 1974, then he transferred to Aris Thessaloniki. In the “black and yellows” and immediately became ruular starter initially as a central midfielder and later as an attacking midfielder.

He made his debut on 6 October 1974 in derby against PAOK Stadium Kleanthis Vikelidis stadium (2-1 win for Aris). He was one of the key players of the Aris in the late 1970s and early 1980s alongside Giorgos Foiros, Theodoros Pallas George Semertzidis etc.

The farewell match was on 3 February 1991 in an Alpha Ethniki game against Olympiakos. He played for 16 years and would leave his mark on Greek football, participating in 473 Alpha Ethniki games and scoring 142 goals.[1] Among his distinctions, Kouis was the league top scorer in 1981 with 21 goals. Kouis is considered by many fans to be the best player ever to play for Aris F.C.