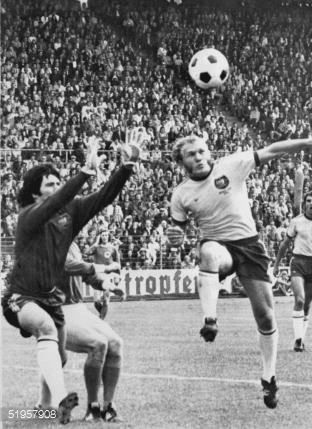 Born in Scotland in 1945, Jack Reilly played with Hibernians and in the USA before migrating to Australia in 1969. He settled in Melbourne and joined Juventus as a goalkeeper. Reilly transferred to Sydney St George before returning south to play with Melbourne Hakoah. He won selection in the 1970 World Tour squad and had a strong opening game against New Caledonia, followed by games in Iran, Israel, Greece and Mexico. In the early 1970s business commitments forced him to out of the game and he lost his place to Ron Corry and Jim Fraser. He fought his way back to be selected in the 1974 World Cup squad to Germany. Reilly played in all three World Cup finals games against West Germany, East Germany and Chile. During his career Reilly played 35 internationals, 15 of them A internationals.