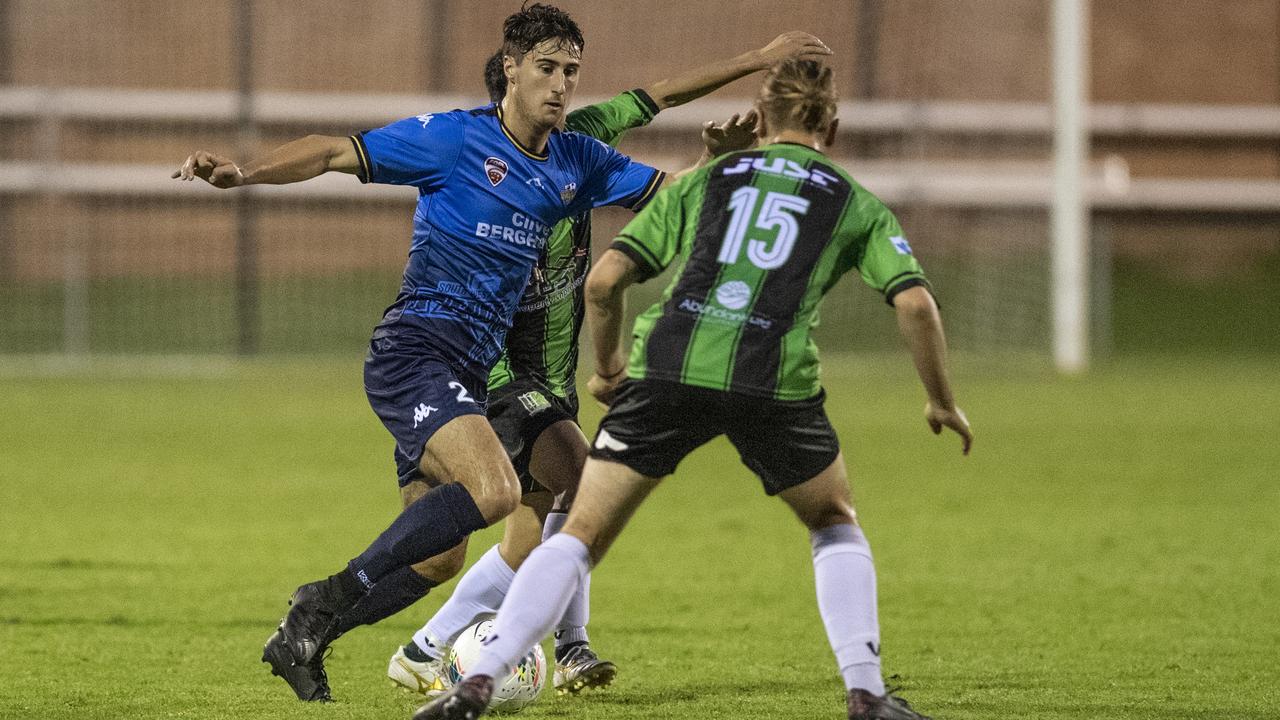 By Staff Writer   |   November 14, 2021
Comments Off on Queenslander Jordan Tucker signs for United

The Queensland born Tucker joins the ‘Bergers from South West Queensland Thunder, where he has plied his trade for the past two seasons. The Toowoomba based club finished third in the regular season, finishing runner up to Brisbane City in the FQPL1 competition.

Tucker, who greatly impressed in his role at right back, was rewarded with selection in the FQPL1 Team of the Season 2021.

The 21-year old has had overseas experience in the UK, most notably with a spell in the youth system at Doncaster Rovers in the English League before returning to Queensland in early 2020.

Aside from his playing football, Tucker is busy with his job as a Personal Trainer and in a Football Coaching role – running small group sessions and one on one coaching sessions for junior players.

An ambition to develop his footballing prowess at a higher level sees Tucker join a growing list of ex-Queenslanders who have found a home at Catalina Street.

“It’s exciting for me to join a great club and play in what is probably the highest standard of NPL in Australia. I’m looking forward to join up with George (Katsakis) and the boys in the squad and get to work for the coming season. It’s fantastic to join a club that has so much history, and hopefully we can be part of a new era of great success for Heidelberg United.”