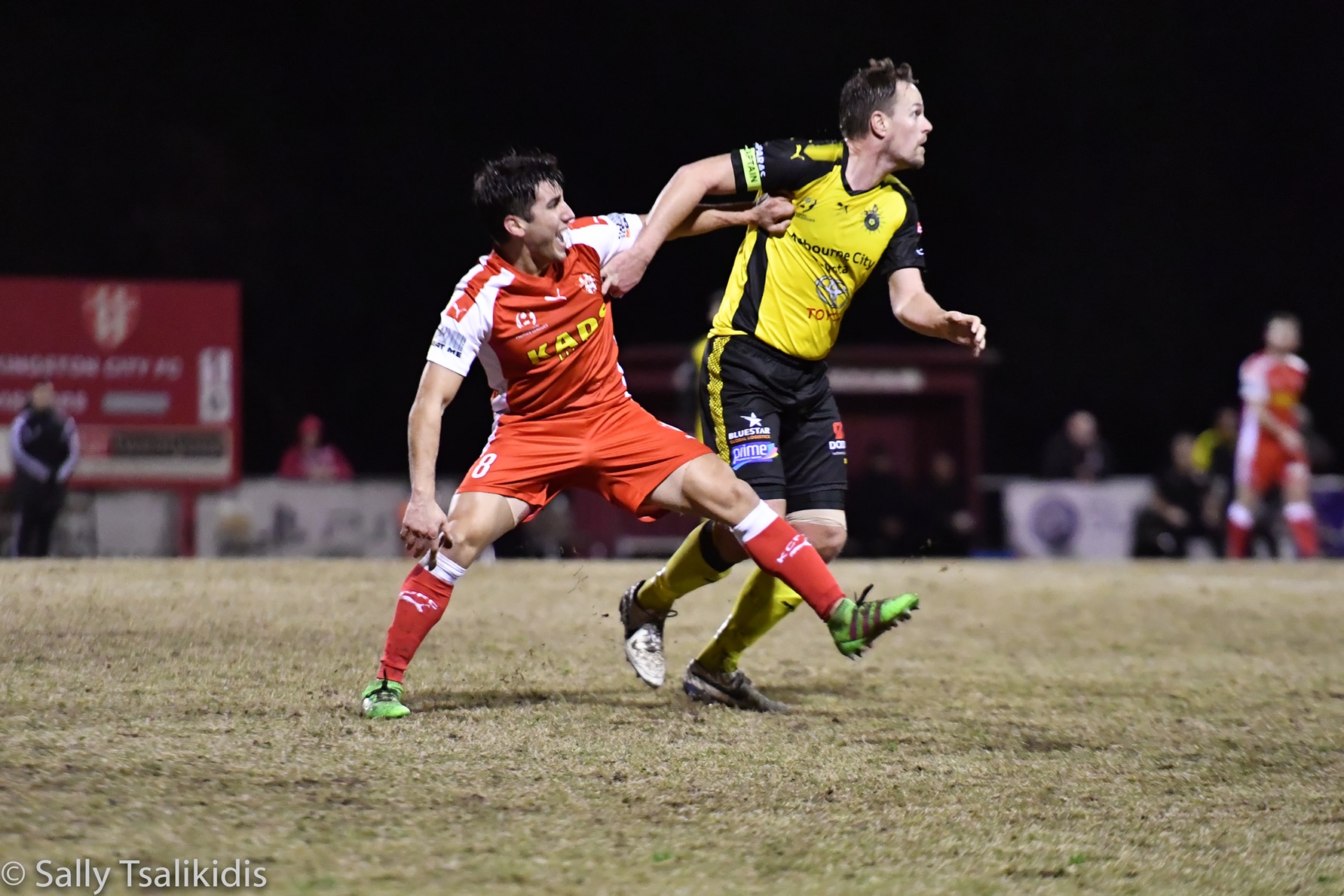 In NPL Victoria, the adage is you never know what to expect.

And so it transpired on Monday night at the Grange Reserve, with Heidelberg United striving to collect a sixth away win in a row against bottom-placed Kingston City.

Despite it being the next in a series of several away trips, the ‘Bergers would’ve known that there’s no letting up with a win being the minimum expectation.

However, Kingston had other ideas. A 1-0 win to the home side proved to be a massive upset and puts a dent on Heidelberg’s chances of going back-to-back-to back in the race for top spot.

Kicking with aid of a strong breeze in the first half, Kingston got off to a flyer, taking an early lead and didn’t look back since, despite the ever-growing Heidelberg pressure.

It was really a limited game of chances for the ‘Bergers, who were put to the test by a series of concise Kingston counter attacks.

While a potential equaliser was only centimetres away from being a reality in stoppage time, there simply wasn’t enough on a frustrating night to suggest Heidelberg would even scrape through with a point.

We do know what this ‘Bergers outfit is made of. Even with a four day turnaround, fans can expect a big response when the men look to get back on track against Bentleigh Greens at Kingston Heath.

“There’s no doubt that Kingston was the better team on the night,” said George Katsakis.

“It just shows you what desperation football can do – when you’re on the bottom of the ladder and trying to get a win to survive, you’ll throw everything at it.

“We were second to the ball, our first and second balls were nowhere to be seen especially in the first half and there was no fluency in our play.

“Then again our last half an hour we threw everything at them and weren’t able to get something back and salvage a point.

“Football’s a funny game and a lot can change in a week, I’m hoping the boys are switched on and ready to bounce back on Friday night.”