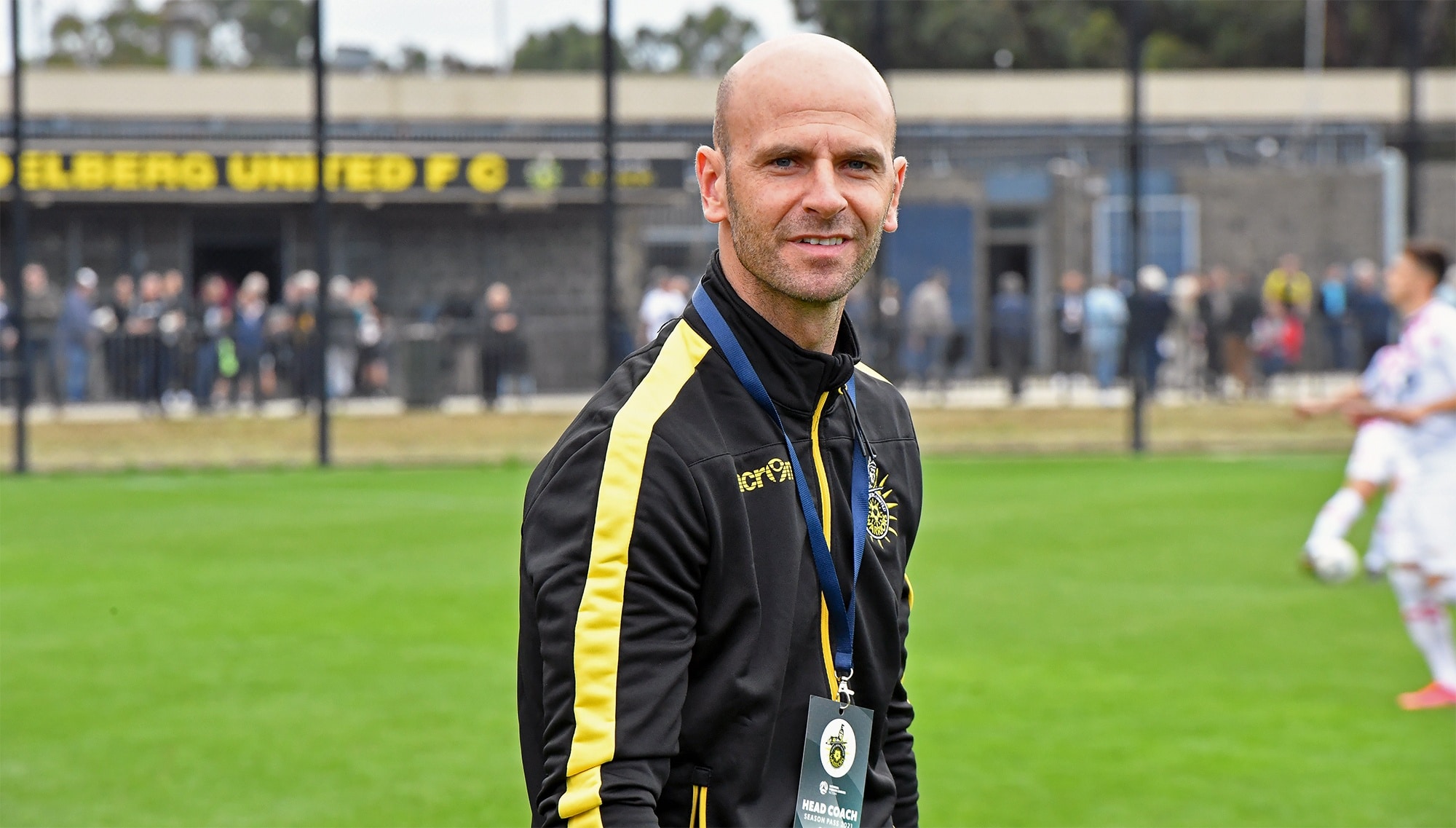 By Staff Writer   |   October 10, 2021
Comments Off on The Barometer stays put at Olympic Park

Steven Pace will resume in his assistant coach role for the Heidelberg United men’s team as he re-signs for season 2022.

After finishing his playing career with the Bergers a couple of years ago – off the back of a period where he was part of the golden era of silverware between 2017-2019 – Pace turned his attention to coaching and returned to The People’s Club in 2021 where he calls home.

Working alongside head coach George Katsakis last season, it has not been the easiest of starts to his coaching gig with COVID-19 putting an abrupt end to the campaign, but Pace will be hoping to have an uninterrupted run at it next year in 2022.

“It is going to be a very exciting season ahead for the supporters and club in general.

We saw a glimpse into the new-look Heidelberg outfit this year in a rebuilding phase for us at the moment.

The supporters would have seen some great young talent coming through who had a good taste of NPL football.

We are looking to strengthen the squad again for next year and fill those gaps that we feel need improvement.

There are definitely exciting times ahead and I look forward to seeing everyone again for opening round next year.” Pace said.