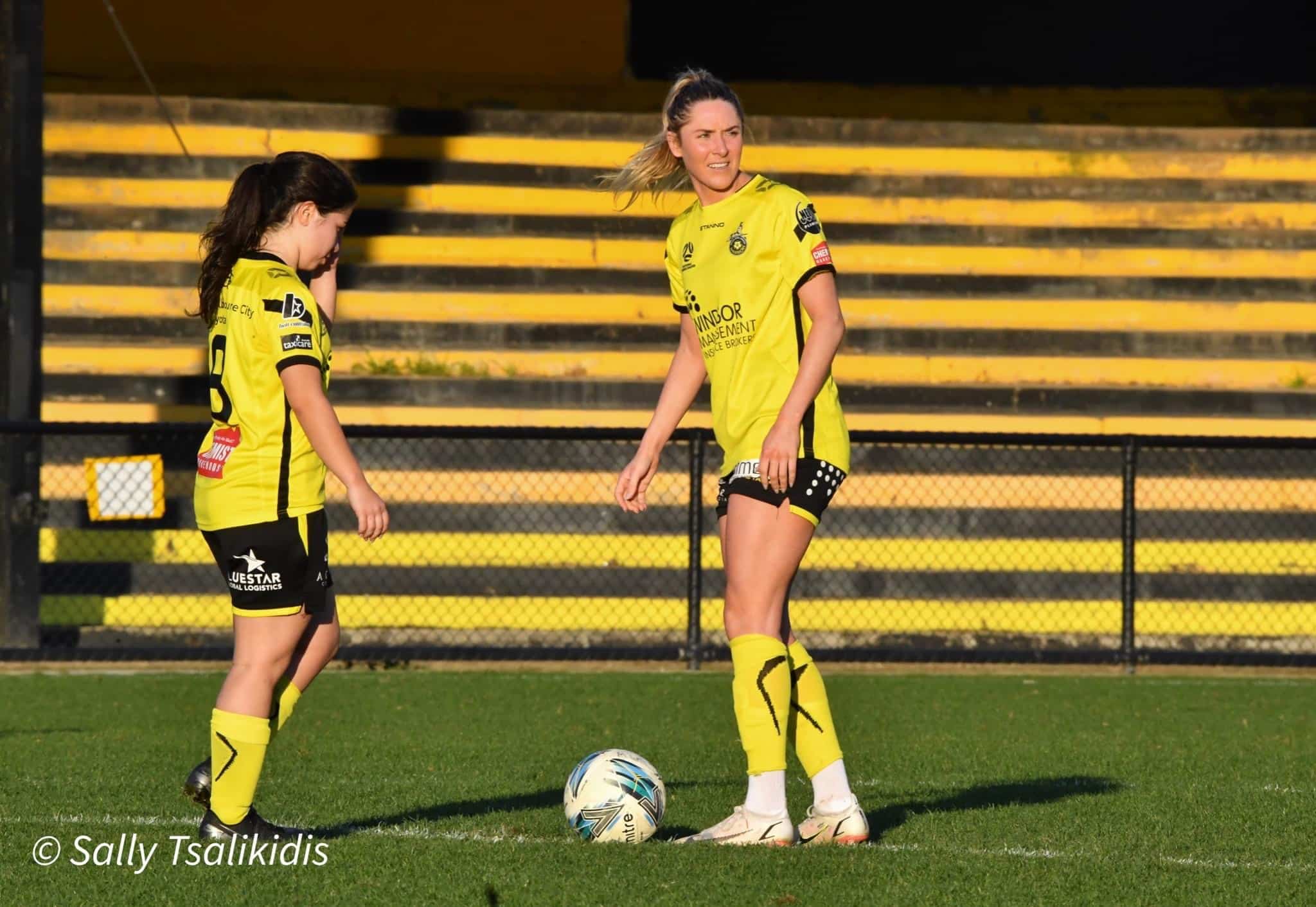 Heidelberg United, with an incredible second half of football, have once again come from behind to defeat Alamein 3-2 in Round 16 of the Women’s National Premier League. Despite an hour-long delay to kick off, due to a medical incident in the Under 19’s game played prior, the seniors team still managed to secure the win.

It was a windy afternoon at Olympic Village, so much so that you could see the ball held up in the air, which only added to the difficulty for the Bergers in the first half as they were trying to score into it.

The visitors opened the scoring in the 30th minute when a clearance in the box landed at the feet of Sidney Allen whose left-footed volley found the back of the net.

The Bergers ended the first half on the backfoot, with Alamein leading 1-0, luckily a huge second half was imminent and showed just what Heidelberg is made of when it comes down to working their way out of a deficit.

Heidelberg returned from the rooms like a brand-new team, and it took them just over 10 minutes to find the equaliser. It came off a Stephanie Galea corner that found the head of Grace Jale stationed on the back post, which then made its way across the line.

As the Bergers found their footing in the game, they also found their scoring boots, taking the lead only minutes after equalizing. A well-placed goal kick from Natasha Stathopoulos allowed Jale to launch Danielle Wise on a searing run. Wise beat out multiple defenders and launched her shot into the far-right bottom corner, just out of reach of the diving keeper.

The final goal came from the home team after Wise and Jale combined again, this time to play a two on one against an Alamein defender and successfully steal the ball away. Wise then found the pass to Jale, who took off on a run like that of Wise previously. Jale also found the bottom right corner of the goal and collected a brace for the game.

The Bergers were unlucky to concede in the 86th minute, bringing the score to 3-2, but the Bergers were able to see the game out without any other goals scored against them.

With this win, and FV Emerging stealing a 1-0 win over Calder United, Heidelberg United go back to the top of the NPLW table.

United now look towards round 17 where they face the aforementioned Emerging. The game is again a home one for the Bergers, which kicks off at 3pm on Saturday, July 23.