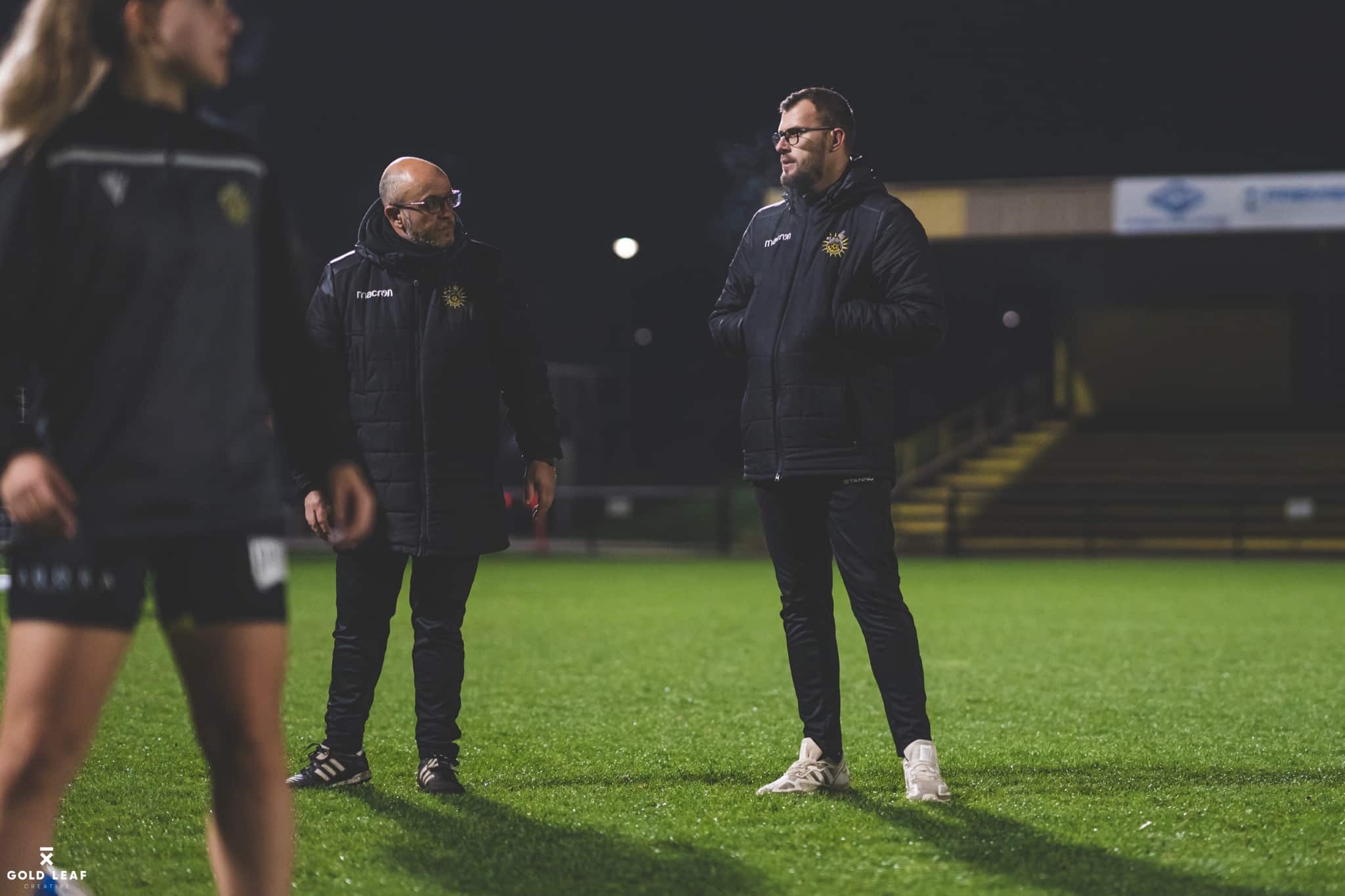 Behind every great team is a great coach. This can definitely be said for the Heidelberg United senior women’s team, with Johno Clemente at the helm. But who’s behind a great coach?

Well, one of them is Amir Balagic, the High-Performance Coach for the Senior Women’s team.

The rest, as they say, is history.

He recently caught up with Emma Burke from HUFC Media to discuss what his role entails, how he manages the team’s fitness, and his important contribution to the team culture via nicknames.

What do you do as Strength and Conditioning Coach?

My main responsibilities are improving athletic performance and reducing the risk of injuries. It’s designing and implementing programs on and off the field that will improve the team’s performance. I look after the senior women’s team at Heidelberg and manage the players individually.

I also lead the Under 19’s with help from my interns who are huge assets to the club – both knowledge and culture wise. I assist all the junior teams as well when I can by doing a warmup and some prevention work. We get into some reaction games and the younger girls really enjoy when they have a senior staff member come down for a session and show that they care.

We’ve had a couple of injuries in the team this season, what do you do to get players back to match fitness?

I work closely with our physios, Elise Elsworth and Emily Lam, who diagnose the player first and then come to me, and we work closely and have a timeline of how and what to do upon their return to play. We’ll set up a program and I’ll run the player through what needs to be throughout that timeline. The first week, depending on the injury, might just be some running and gradually building fitness and strength, then eventually we’ll get into ball work. Once they hit full fitness and given the all clear by the physios, they’re back with the team. When a player returns after a lengthy spell out and can contribute to the team almost immediately, it’s such an awesome feeling.

Can you tell me about the GPS trackers the players wear?

The GPS trackers are critical for all professional teams to be wearing them.  They can give you such a huge advantage over the competition and be a big part of the success of the team. The players wear them for training and game day. They measure things like top running speed, workload, work rate, and total distance; and they even do heat maps after games. They help us maximise player performance and prevent injuries by monitoring each individual players’ workload. I can see the stats via an app on my phone and see how much distance the players have covered. This allows me, with Johno, to adjust our training sessions helping to minimise the risk of any injuries. It also works to set up some friendly competition between the players which drives them to be the fittest, quickest and most durable players in the league which I believe we are this season. Tracking our players accordingly shows such professionalism within our culture.

I’ll also pull them out of training if they’re overloading. The girls hate missing out on most of training!

Who has the highest top speed? Are you allowed to tell me?

I’m going to say Bella (Wallhead), she’s one of the quickest players I’ve coached in her position, but Dani Wise], Keely Lockhart and Grace Jale all hit top speeds. Sometimes it depends on the session at training as well and what they do in game. Some other players can really surprise you and blow you away with their speed.

What’s the best part about working for Heidelberg?

Working with my best mate every day is something I never thought I’d do and take so seriously, so that’s probably what I look forward to the most when I get to training and game day. Johno gave me this opportunity and I’m grateful for it. Obviously, with the girls, they’re the best group you could ask for, I love all of them. I’m not sure how other coaches feel, but personally the best athletes to work with don’t have to be the ones at the highest level, but I think it’s the ones that show up every day with a smile on their face and enjoy working with you. There isn’t much excitement with warm up, load monitoring and stretching but I think it sets the foundations for how well the team will do.

You’re the king of nicknames here, can you explain those and how you came up with them?

I’ve been called that! There’s Becky Burrows, who I call ‘The Bull’ because of the way she plays on the pitch – elbows out and a bit aggressive. Isabella Wallhead, everyone’s favourite, has “Wackerz” from her last name. When Tijan Mckenna came to her first training session with us, I called her ‘T-Mac’ after one of my favourite basketballers and it just stuck! I call Dani Wise ‘Winx’, like the racehorse. The team doesn’t call her that yet, but from her top speed and her work-rate, the goals she’s scored this season prove it and I am hopeful the name will catch on.

My favourite one, since last year – and no one calls her by name anymore – is Kathryn Vlahopoulos, who we call ‘Santi’. Short, technical on the ball, like one of my favourite footballers ever, Santi Cazorla. No one calls her Kat now unless she’s in trouble with me, so it’s stuck forever. These little things just create a bond within the team and improve culture in the smallest ways you wouldn’t think.

Finally, how are you feeling about the rest of the season for the senior team?

I’m very confident actually, I knew we’d be very good this year and very competitive. Johno has done wonders with this team from recruiting players and changing the culture, the players we have are incredible to work with and it’s never been a better time to be at Heidelberg than now. I think we can continue to go far and get Heidelberg to the top where we belong.