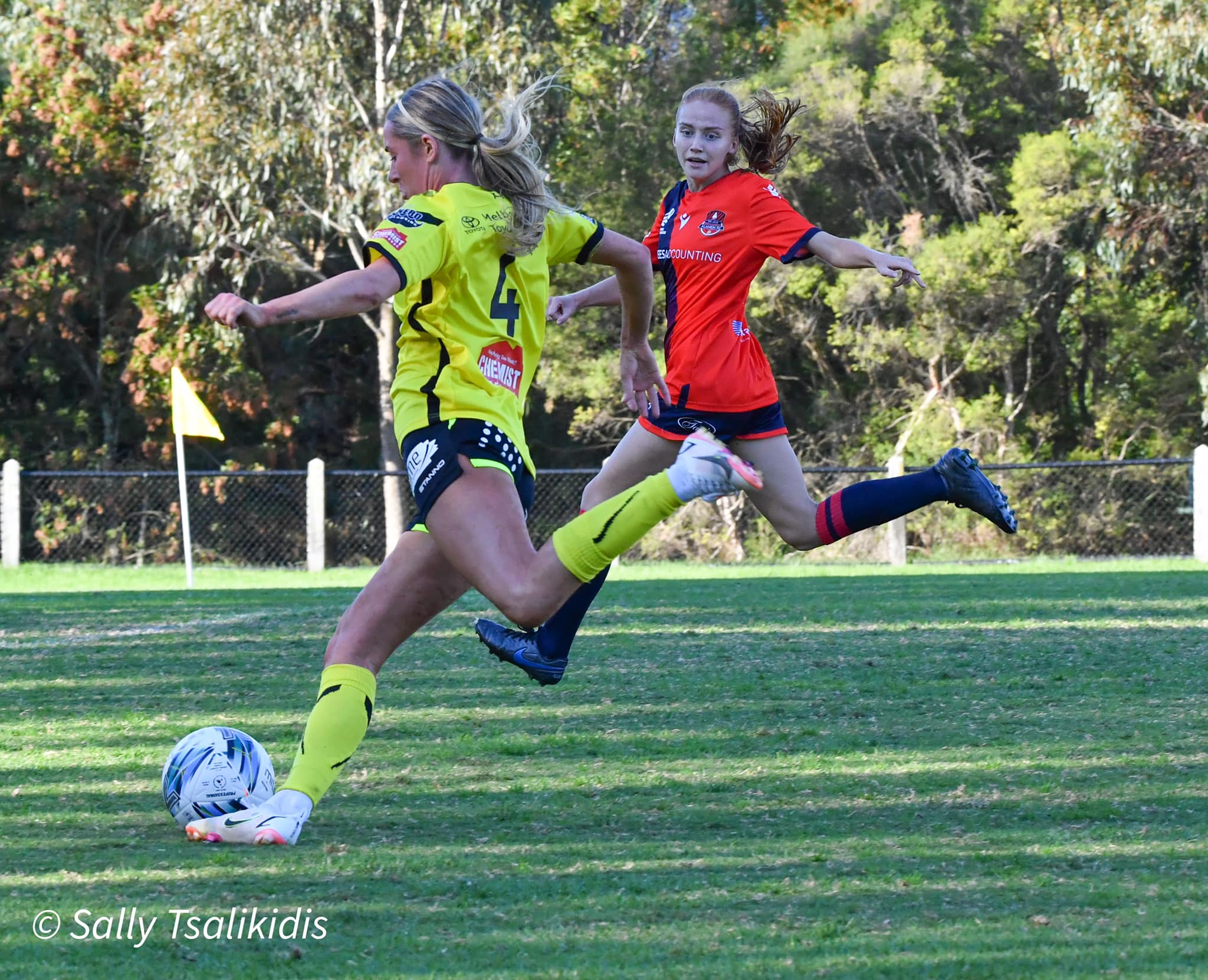 Heidelberg’s senior women’s team staged an epic comeback against Alamein FC to win the game 1-2 in Round 9 of the Women’s National Premier League at Dorothy Laver Reserve.

As the true entertainers they’ve been, the Bergers kept fans right on the edge of their seats – waiting until the 87th minute to level it up, and then secure the win in the final play of stoppage time.

There was a slight delay to kick off as the netting of the goals that keeper Melissa Maizels was to stand in needed to be taped back to the frame.

Tensions ran high all throughout the first half, as Heidelberg faced an incredibly physical challenge against Alamein FC.

The first half ended 0-0, evenly poised with Heidelberg headed to the rooms and to the drawing board.

A free kick awarded to Alamein at the beginning of the second half saw the Bergers concede, as the dead ball was slotted away by American International and former Berger Sidney Allen.

From there the Warriors had to work to put themselves back in contention for the win and they did, but they sure took their time in doing it.

The equaliser came after New Zealand marquee Grace Jale lured the keeper off her line, giving her the space to play in Sophie Papalia, who made no mistake in putting the ball away.

The game winning goal was scored by Danielle Wise in the final play of the game, gaining full reward for the pressing that Alamein were put under.

Wise pounced on an error by Alamein’s keeper to score and seal the win for Heidelberg with the last kick of the game.

This win marks Heidelberg United’s third in a row, as well as Alamein FC’s first loss at their home ground for the current season.

In a turn of events, it’s a lovely full circle moment where Heidelberg flipped the script exactly from when they last faced Alamein in a 2-1 loss back in Round 2.

Focus will quickly turn to the next round of the Nike F.C. Cup, with Heidelberg meeting Bayside United in a Round 6 tie on Tuesday, May 31.

Round 10 of NPLW has the United women travelling to Knox Regional Football Centre to face FV Emerging, on Sunday June 5 with the game slated to kick off at 3pm.