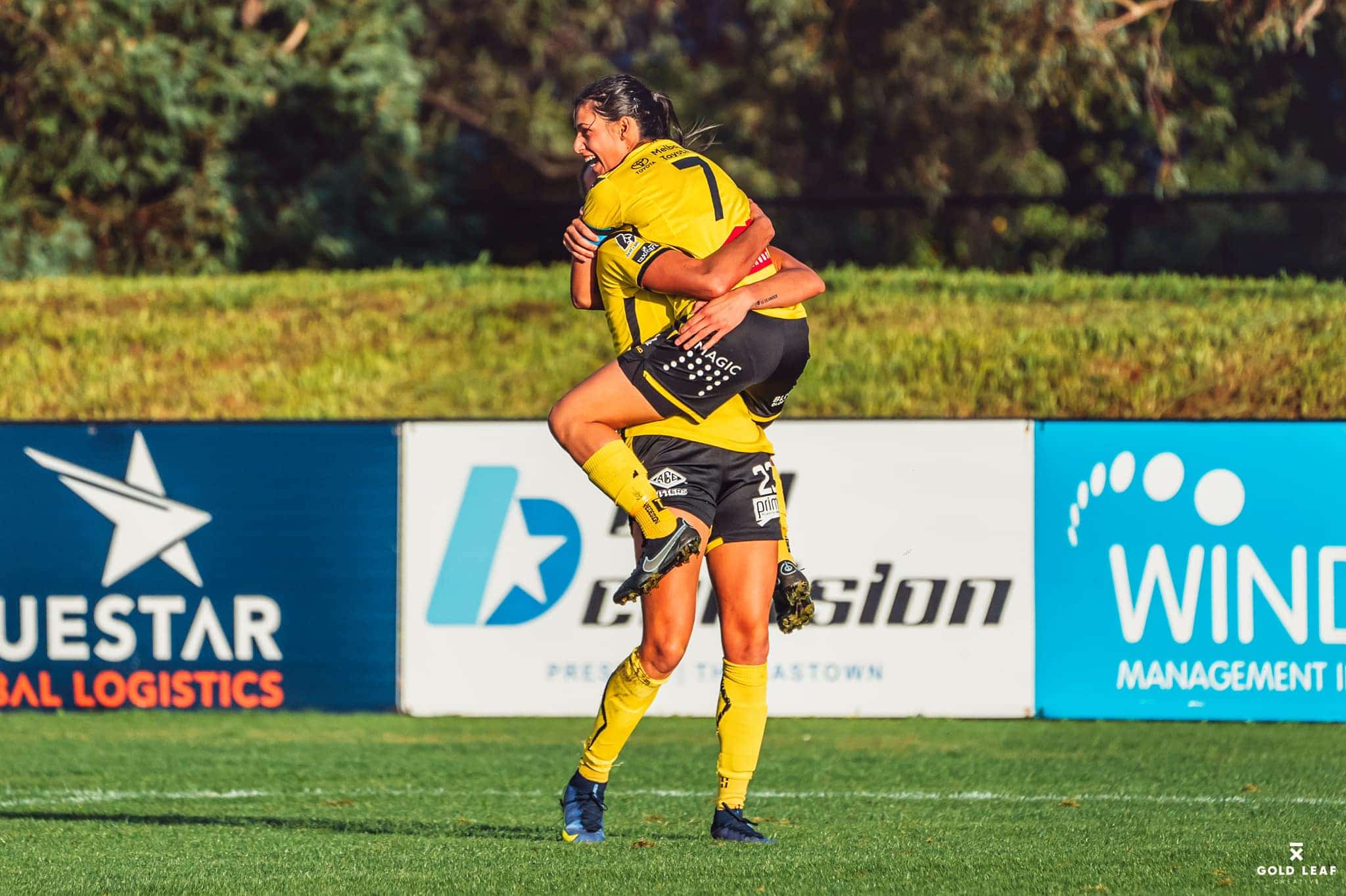 Heidelberg United’s Senior Women have risen to the top of the ladder of the Women’s National Premier League following their 3-0 win over FC Bulleen Lions.

Bulleen had been previously undefeated in the competition, but the Bergers put a satisfying end to their dominant reign – with the Lions held scoreless for the first time in a competitive match since the 2019 Grand Final.

United found their opening goal about halfway through the first half. The goal came from an impressive team play down the left side of the pitch, where Danielle Wise played the final cutback to Keely Lockhart, whose long-range effort from outside the box found the Lions’ keeper off her line and unable to anything to stop her curling shot to the top right-hand corner.

Following the half-time break, the Bergers took a mere four minutes to double their lead over the visitors. Striker Grace Jale took advantage of an error made in Bulleen’s defence and pounced on a loose back-pass to their keeper. With the keeper coming out of goals to try and rectify the mistake, Jale was able to find herself in front of an open net and made no mistake herself by slotting the ball home.

The second half saw much more asked of the Bergers defence as Bulleen attempted to work their way back from the two-goal deficit.

The visitors’ attacking efforts, however, were no match for the United backline, with goalkeeper Melissa Maizels making an incredible one-handed save, one that is surely to be in contention for save of the season.

Centre-back Felicity Georgopoulos lived up to her nickname of ‘Flick,’ where in the 83rd minute she ‘flicked’ the ball off the goal line in a last-ditch effort that successfully preserved the clean sheet.

Despite having a solid lead, Heidelberg continued to play as if they were the ones on the back foot.

Their determination and persistence paid dividends as Danielle Wise was able to capitalise off a clearance that fell right to her chest, which she sent to her feet and then volleyed the shot into the back of the net. The goal sees Wise collect her third in as many games and her fifth for the season.

Heidelberg will travel for round 8 of the NPLW season, going to Kingston Heath Soccer Complex to face Bayside United FC on Saturday the 21st of May. Kick off is at 3:30pm and the Bergers will be looking to extend their stay at the top of the ladder, which does offer a lovely view.