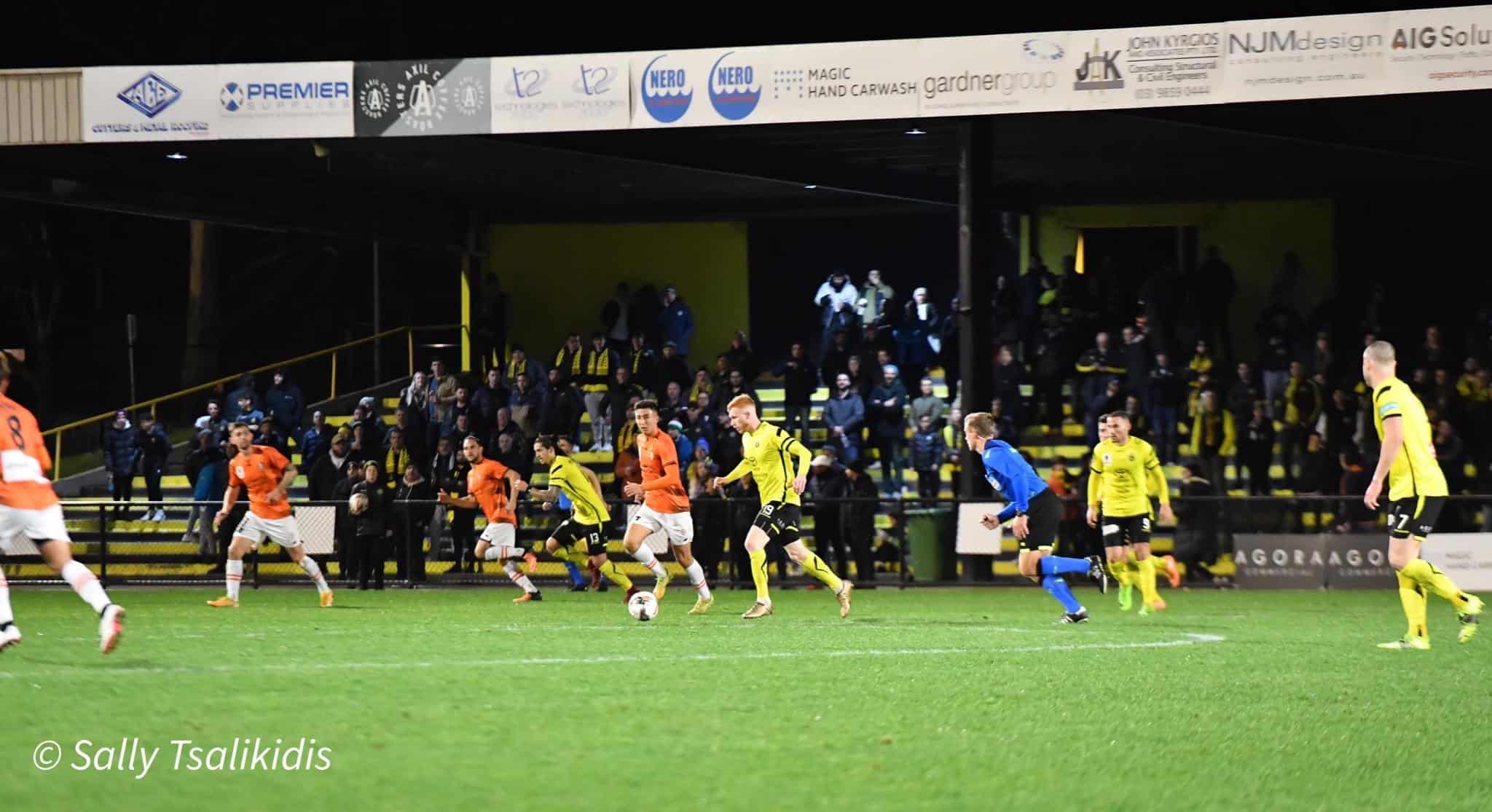 By Alex Bagdasarian   |   July 30, 2022
Comments Off on Australia Cup run ends for the Warriors

Heidelberg United played host to Brisbane Roar in the hugely anticipated Australia Cup fixture in the Round of 32 on Wednesday night.

The Heidelberg faithful gathered in big numbers at Catalina Street, something we had not seen since prior to the pandemic – filled with everyone involved in all senior and junior teams.

The away side started on the front foot, when Charlie Austin fed a through ball to Rahmat Akbari who scored a goal at the near post to give his side the very early advantage.

Brendan White was called into action, making a smart save to prevent a deflected header.

With the away side having the possession and dominating the game, Heidelberg had trouble adapting to the pressure, but they slowly got going prior to the break with Ajdin Fetahagic’s shot blocked and Mallan Roberts header whisking just above the post.

A mistake in the backline from the Roar saw an opportunity from nothing for Sean Ellis who intercepted the pass to strike the ball first time only for it to hit the bar.

The Warriors got the game back level through a Kosta Petratos penalty, as a huge roar echoed throughout Olympic Village that had not been heard for a while in a game with such high stakes.

Moments later the away side got their lead back from Henry Hore, those crucial minutes after levelling the game is where the concentration and defending needs to be at its best.

The ‘Bergers increased the pressure with Petratos being at the heart of everything, his willingness to create an opportunity was the standout in the second half.

Coming on as a substitute, a powerful long range strike from Makis Petratos was denied by the keeper.

An unstoppable Nikola Mileusnic goal from the free kick extended Brisbane’s lead for their third – and sealer of the night.

Heidelberg United will look for the positives from this game and view ahead to a pivotal fixture as they host Green Gully on Sunday (July 31) at 3pm at Olympic Village.