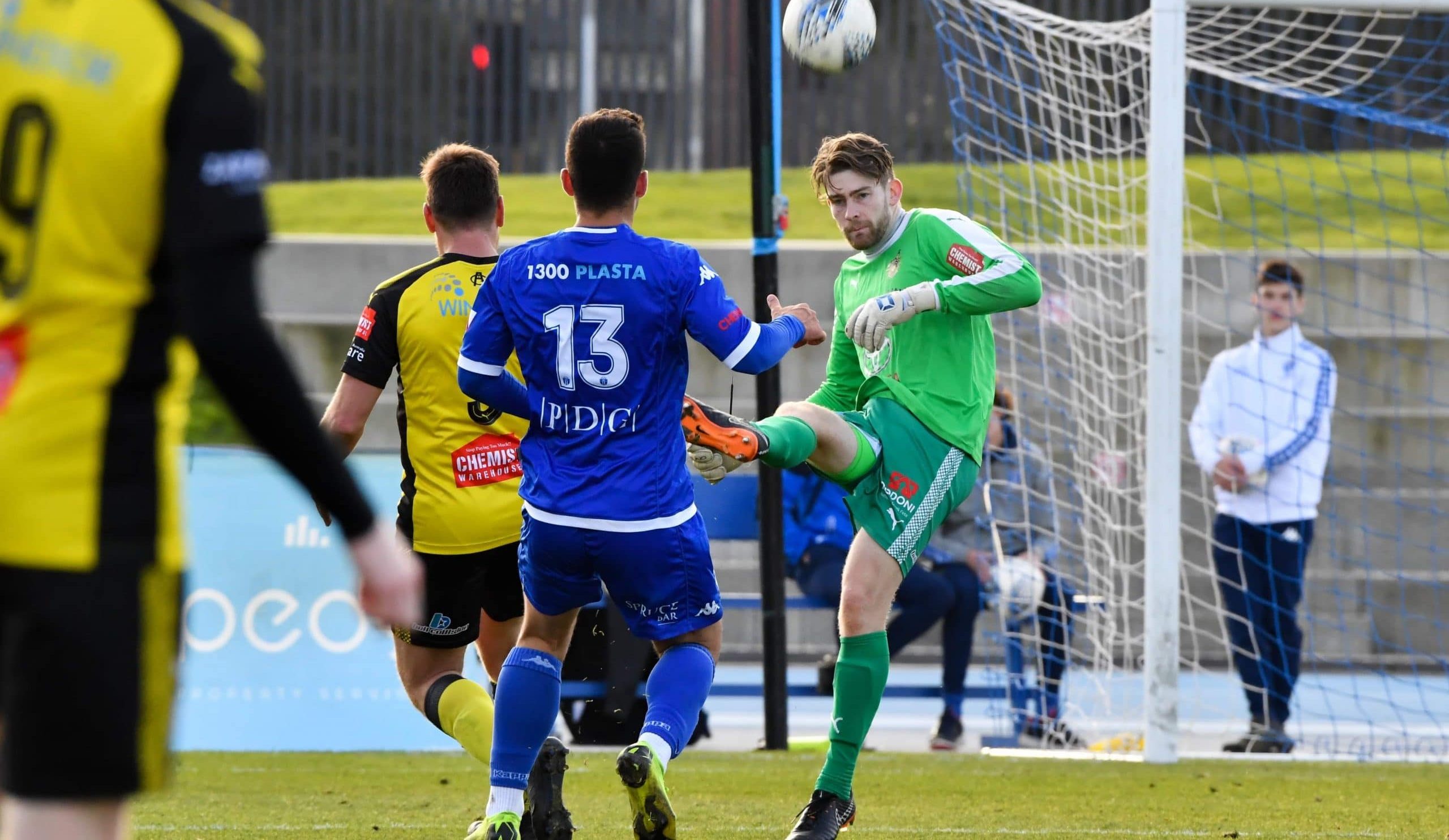 By John Fotinos   |   November 13, 2021
Comments Off on Warriors sign Goalkeeper of the Year Brendan White

NPL Queensland 2021 Goalkeeper of the Year Award Winner Brendan White is the latest signing for Heidelberg United. He joins the ‘Bergers ahead of the 2022 season for a second stint, having played 14 games for the club in 2019.

The impressive 29-year-old custodian started his senior career at Brisbane Strikers, and has had stints at Logan Lightning and Redlands United. He has spent time at Gold Coast United and Brisbane Roar in the A-League. His other foray in the Victorian NPL was with Port Melbourne in 2017.

White was signed up by Melbourne Victory in October 2019 as an injury replacement following his impressive form at Heidelberg United – including a marvellous one on one save at Avondale FC, an effort which played no small part in the team securing its third successive Premier’s Plate.

White was released by Melbourne Victory in February 2020, returning to Brisbane Strikers. In 2021, he was ‘keeper for Peninsula Power, taking out the NPL Queensland Award for Goalkeeper of the Year Award in the team which finished the regular season atop the table.

With the recent re-signing of centrebacks Mallan Roberts and Ajdin Fetahagic, along with the recruitment of the Franjic brothers, the Heidelberg defensive unit is taking shape.