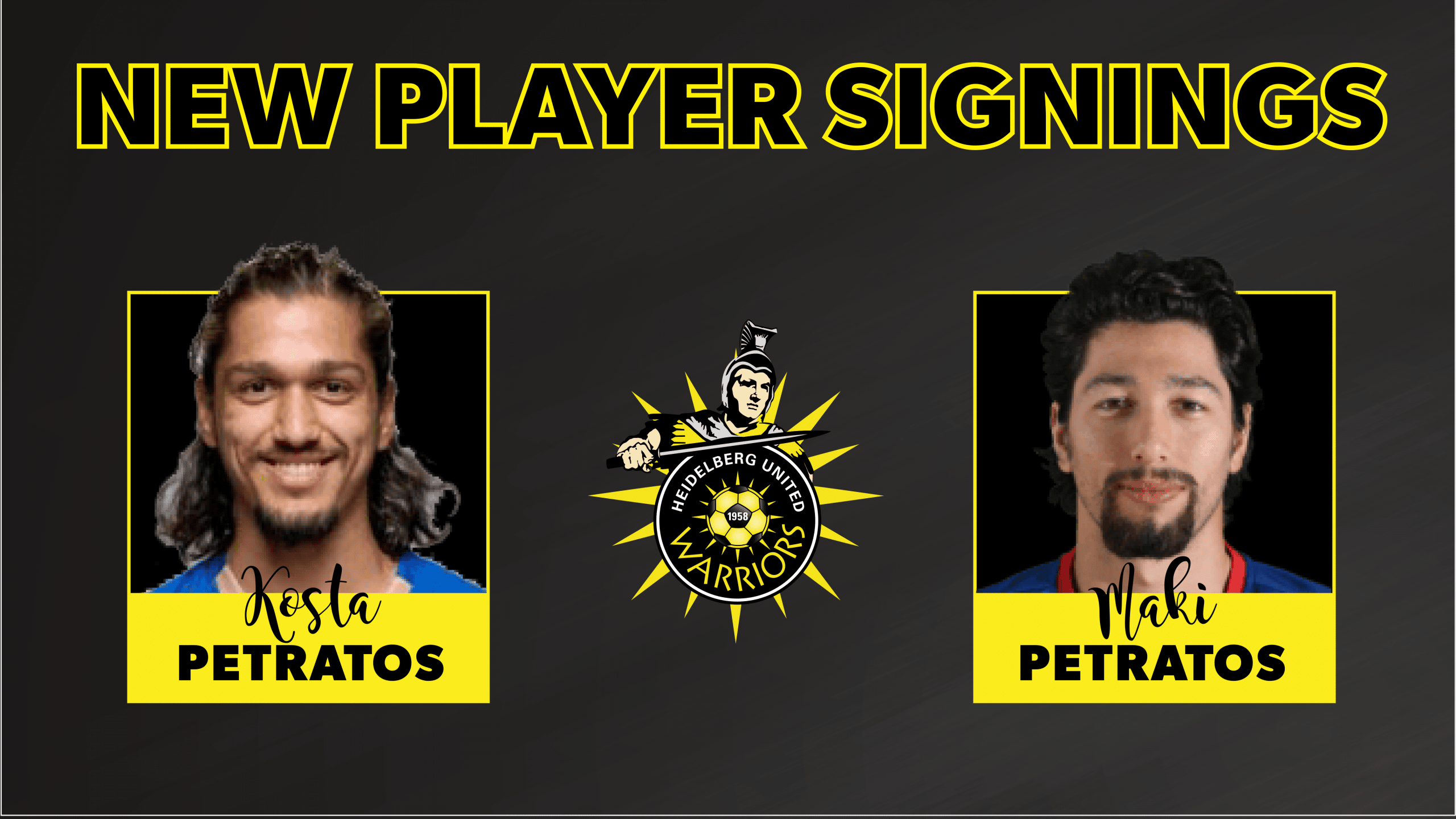 With the midseason transfer window open, Heidelberg United has completed the signing of another set of footballing brothers – in the form of the talented duo of Kosta and Makis Petratos.

The Petratos brothers are part of a family with a distinctly football flavor. Their father, Angelo was a defender for Sydney Olympic FC, older brother Dimitri is an A-League regular, and has been part of the national team, and younger sister Panagiota has played in the W-League.

Kosta, aged 24, plays as a forward, recently plying his trade for Olympias Lympion in Cyprus. He has had stints in the A-League, spending two seasons in Perth Glory’s squad before joining Newcastle Jets for three seasons, playing alongside his brothers Dimitri and Makis.

Younger brother Makis, aged 21, was part of the Central Coast Mariners Academy set up during 2017, before joining the Newcastle Jets in 2018. He has spent the last two seasons as a midfielder for Karaiskakis FC in the third tier of Greek football.

Speaking to HUFC Media, Kosta said he and his brother are excited to be joining Heidelberg United in the Victorian NPL, along with the chance to further their football careers.

“I got back to Australia [from Cyprus] just recently after my time at Olympias [Lympion] and had spoken to a few clubs ahead of the transfer window. Through a friend, I got to talk to George [Katsakis, and now after we finalise a few arrangements, we’re both looking forward to getting down to Melbourne and joining the club.”

“From what I’ve seen, the standard looks fairly good down in Melbourne, and there’s always the talk about the Victorian NPL having such a decent competition. We’re looking forward to the new challenges ahead and hopefully helping the club move up the ladder.”

With the recent run of good form and the addition of the talented Petratos brothers to the Senior squad, ‘Berger fans will be confident of exciting times ahead as the business end of the season approaches.