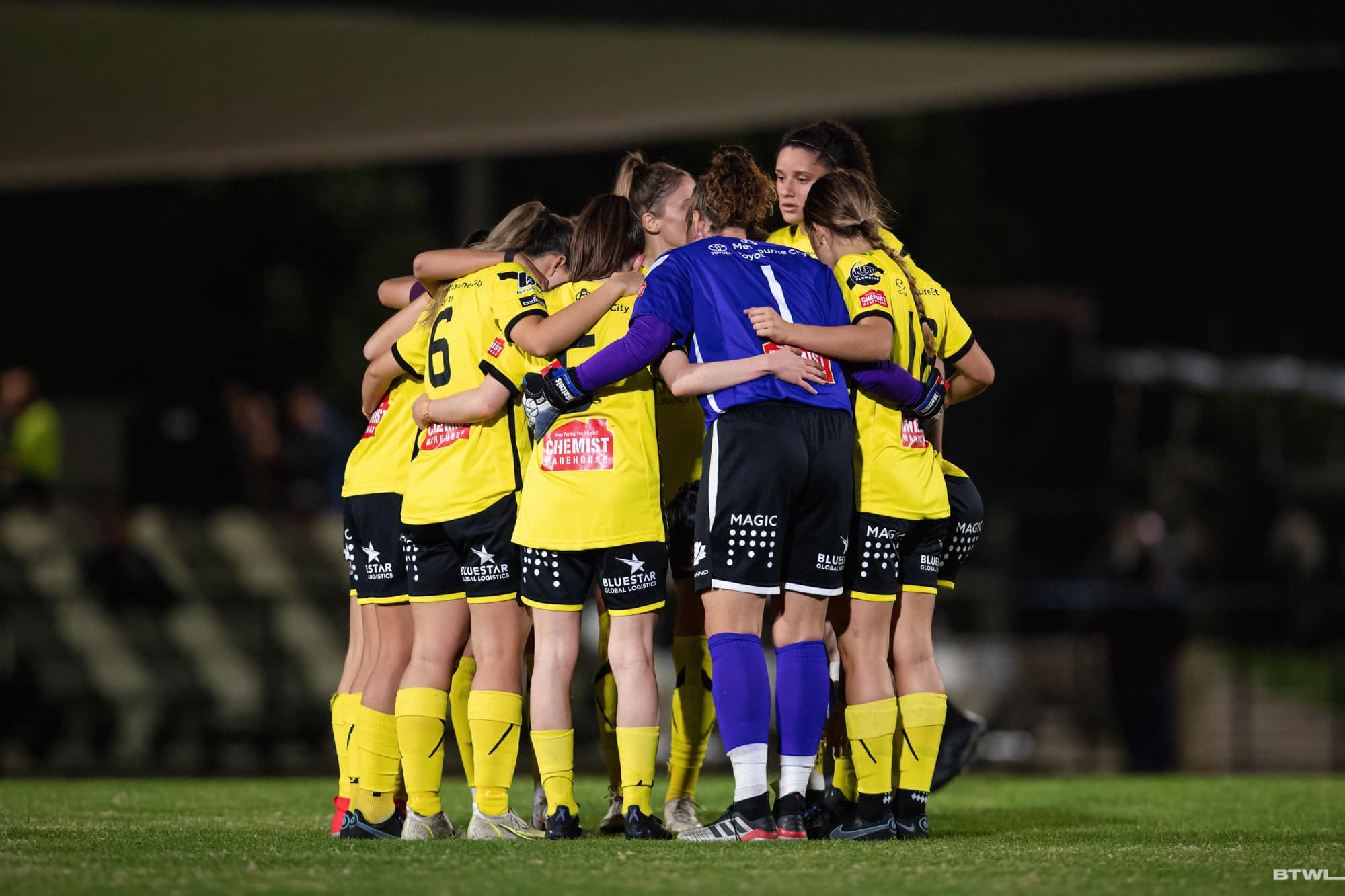 Heidelberg United’s senior women continue to get the job done in NPLW Victoria, with a 5-2 win over Bayside United at Kingston Heath Soccer Complex on Saturday afternoon.

It’s a thrilling battle to sustain first place on the ladder with Calder United also picking up the three points, but the Berger train keeps on rolling and ensures that the Warriors remain at the top of the tree.

The opener of the day came from Danielle Wise, as she rounded the goalkeeper to roll a strike into an empty net. Looking ominous in attack, the Warriors added a second through a one-touch Keely Lockhart attempt, beautifully set up by Stephanie Galea’s low cross.

Heading into the second half 2-0 up, Bayside added some pressure when they got one back not long after the restart, but the ‘Bergers had no trouble finding a response as skipper Galea pounced on a turnover from Bayside’s possession.

From there it was back and forth on the goal scoring front, with Galea adding her second and Bayside replying again, before Sophie Papalia had the final say in 90 minute stoppage time.

After a comfortable victory, the Warriors now boast the two highest goal scorers in the league so far, with Wise and Galea instrumental in setting the tone for the afternoon.

Up next, another test awaits in Alamein FC next Saturday.