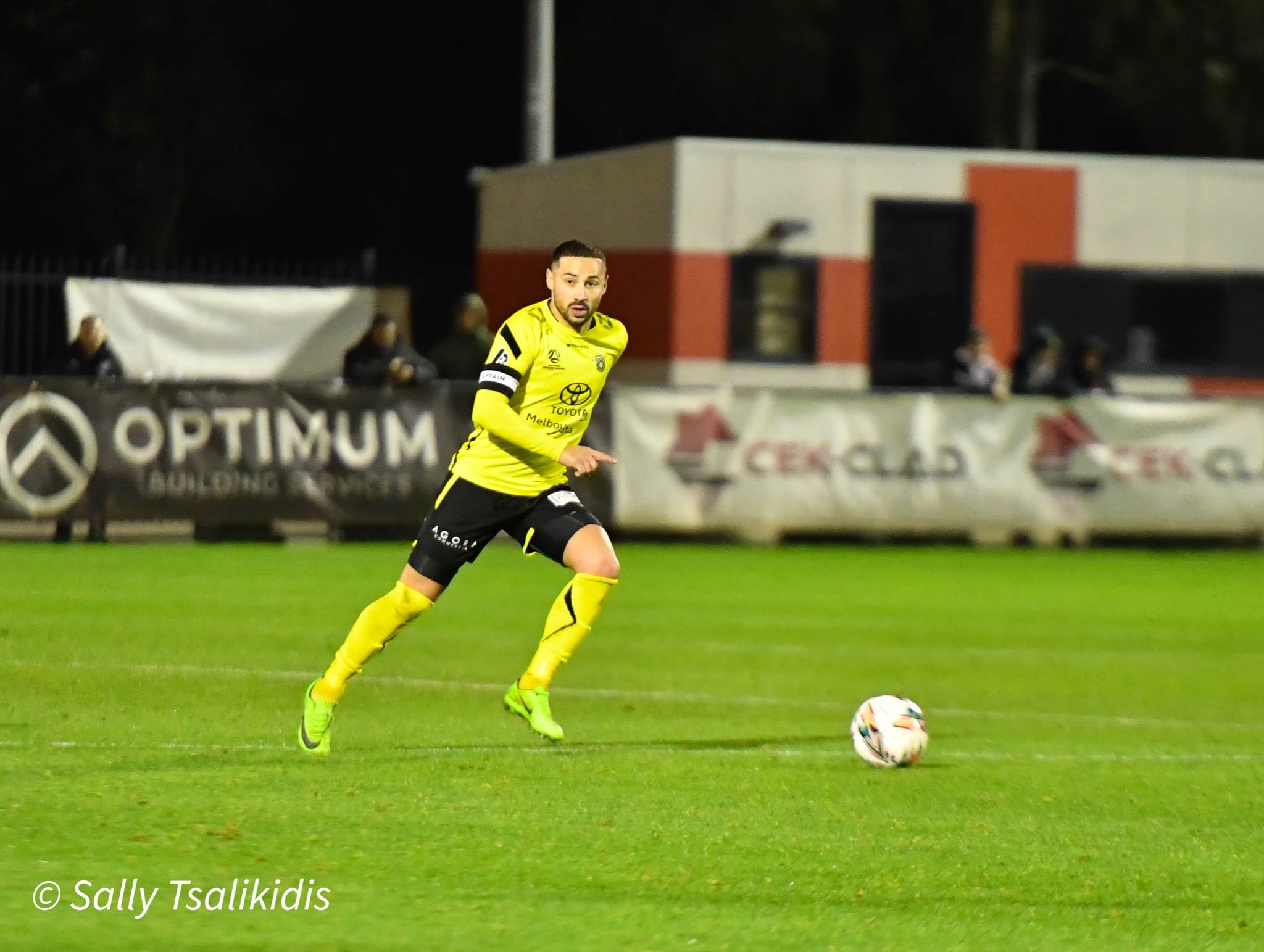 In-form Heidelberg United travelled to Port Melbourne Sharks on a cold Saturday night looking to further climb up in the standings of the top six.

The new signings of Makis and Kosta Petratos got their first starts in this game, adding further depth for the squad in a crucial business end of the season.

The ‘Bergers got off to a lively start in the opening minutes with a Sean Ellis free kick well taken on goal but was saved by the goalkeeper.

Another opportunity for Ellis as his long range shot into the bottom corner was well hit but denied again from the keeper.

Heidelberg’s lack of creating opportunities on the one end cost them to concede a penalty on the opposite side, where Christopher Duggan scored from 12 yards to give the home side the lead.

The Warriors’ inability to have the drive to push forward being down a goal was a major factor in the first half, as the home side scored their second for a brace for Duggan.

When the service to Kaine Sheppard is less than usual, the goals can be difficult to come by as the chances for the Warriors did not have an urgency to go forward with purpose.

An unfortunate blunder from Brendan White gave Duggan an open goal to score his hattrick.

Lathan Dunn extended the lead for the home side with a low driven strike in the final minutes of the game.

Heidelberg United will need to put this game past them and look ahead to playing against Bentleigh Greens on Tuesday night (July 12) at 7:30pm at Jack Edwards Reserve for a place in the Dockerty Cup Final.